Lydia, you are six months old!!! Your sweet little personality comes out more and more every day! You are such a happy baby and smile all the time.

Sleeping: You are still sleeping in our room. You go to bed just fine and sleep all night, so I figure why move you are mess things up! Plus, I am in no hurry for you to grow up. You nap when you can and 90% of the time it is on me. When Ella and Layla are both at school we will spend most of our day cuddling.

Toys: You still like you exersaucer, but you love your jumper. Your sisters try and swing you in it and you just laugh!! 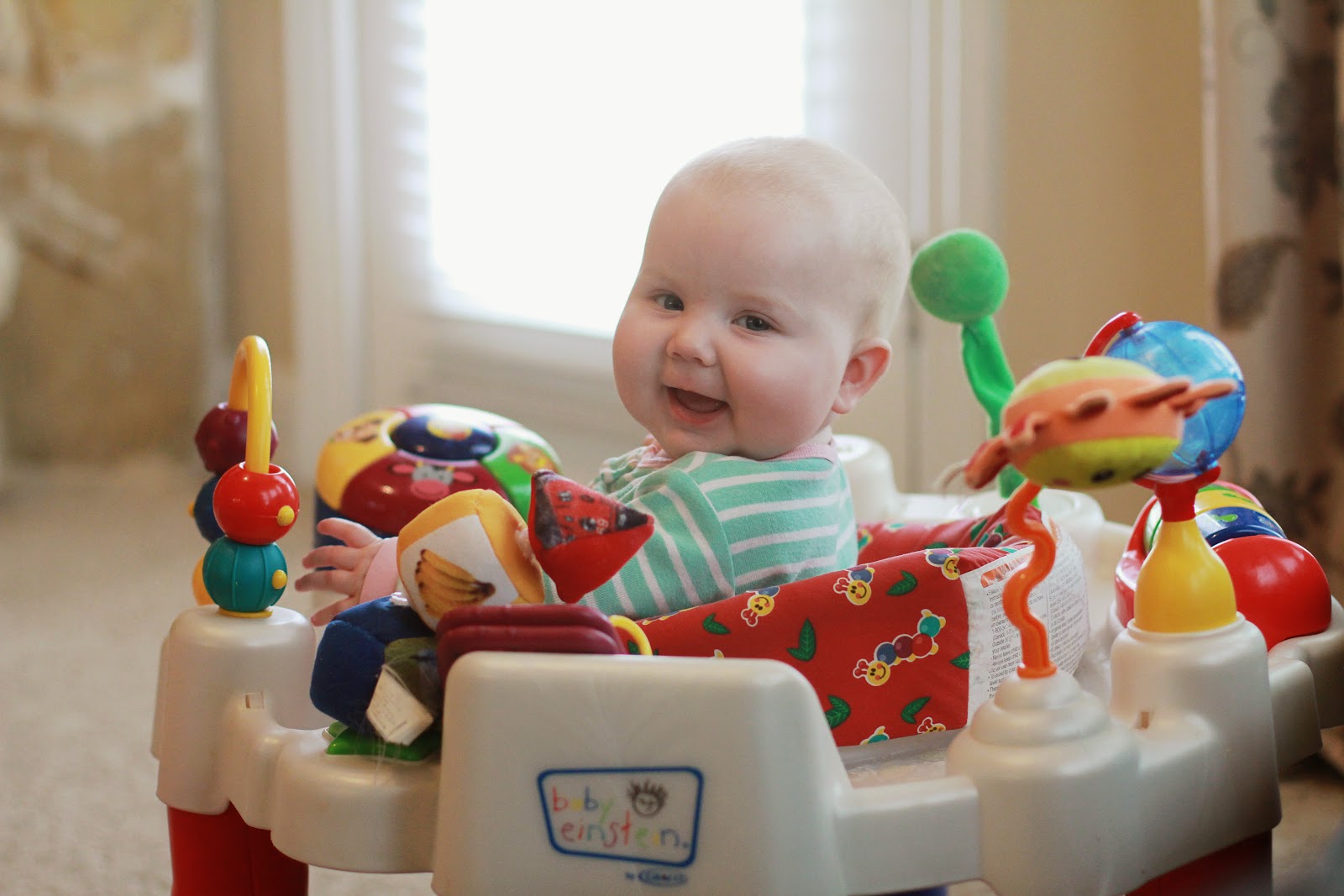 We had two days of snow and while you didn't get to go play like your big sisters did, I had to get you dressed up and take your pictures in it! 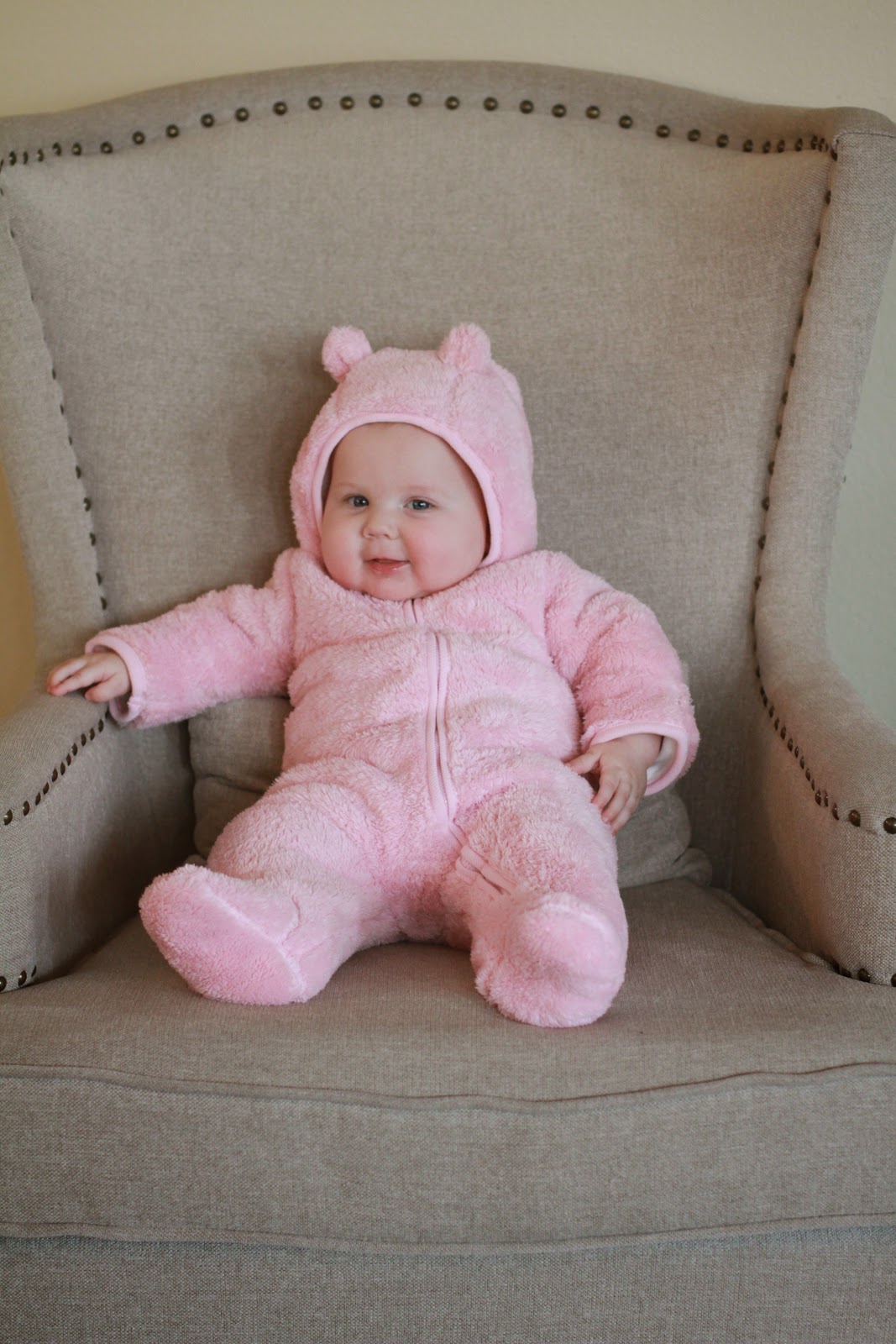 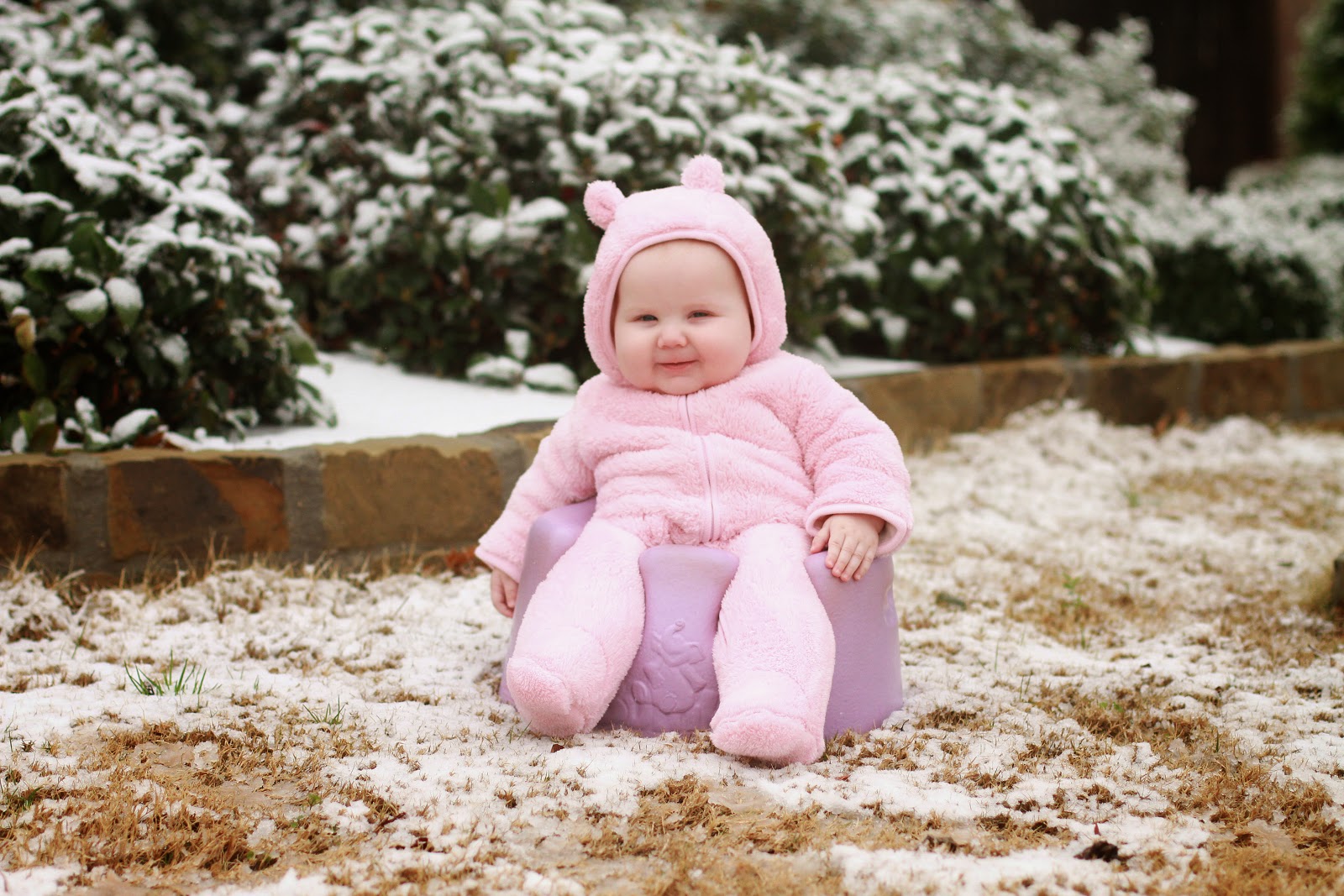 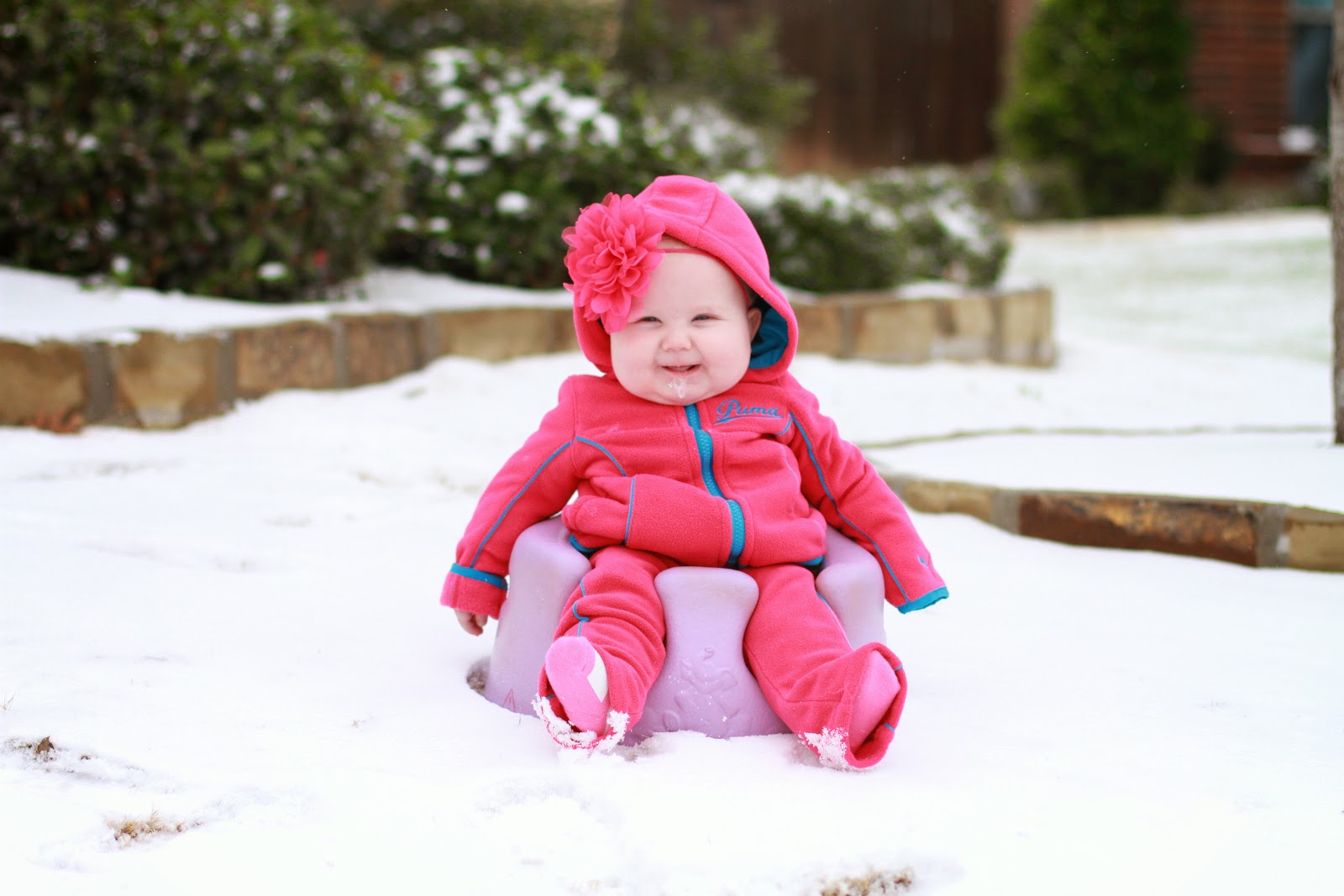 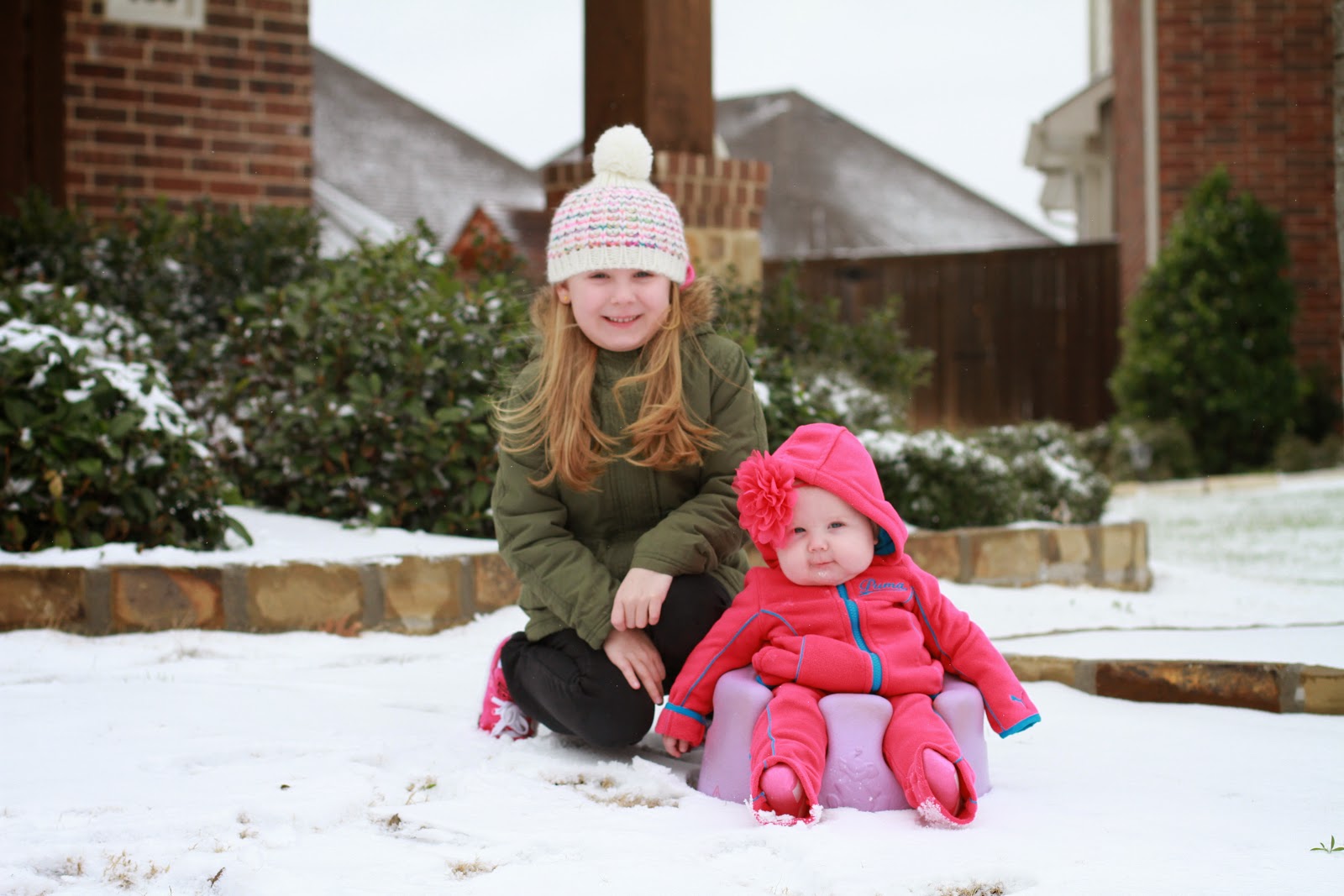 You still adore your sisters, but Ella is still your favorite. You just light up for both of them!

You love to play with your feet and suck on your toes. I really thought you were going to be a thumb sucker, but you have just about stopped that all together.

Bath time is always lots of fun too. You love to kick your fat legs and splash water. 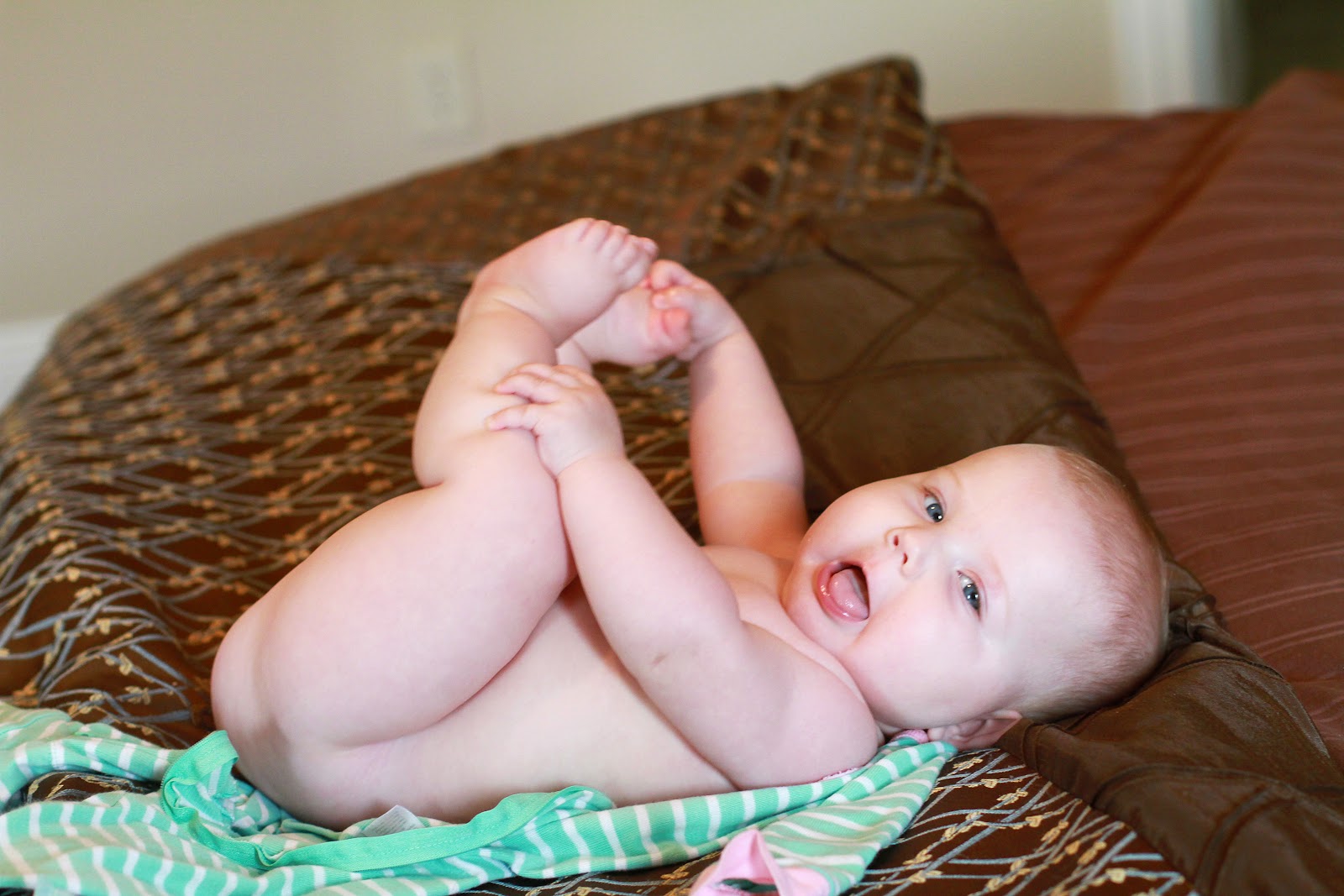 I had to document you in all of your glory! Rolls for days! 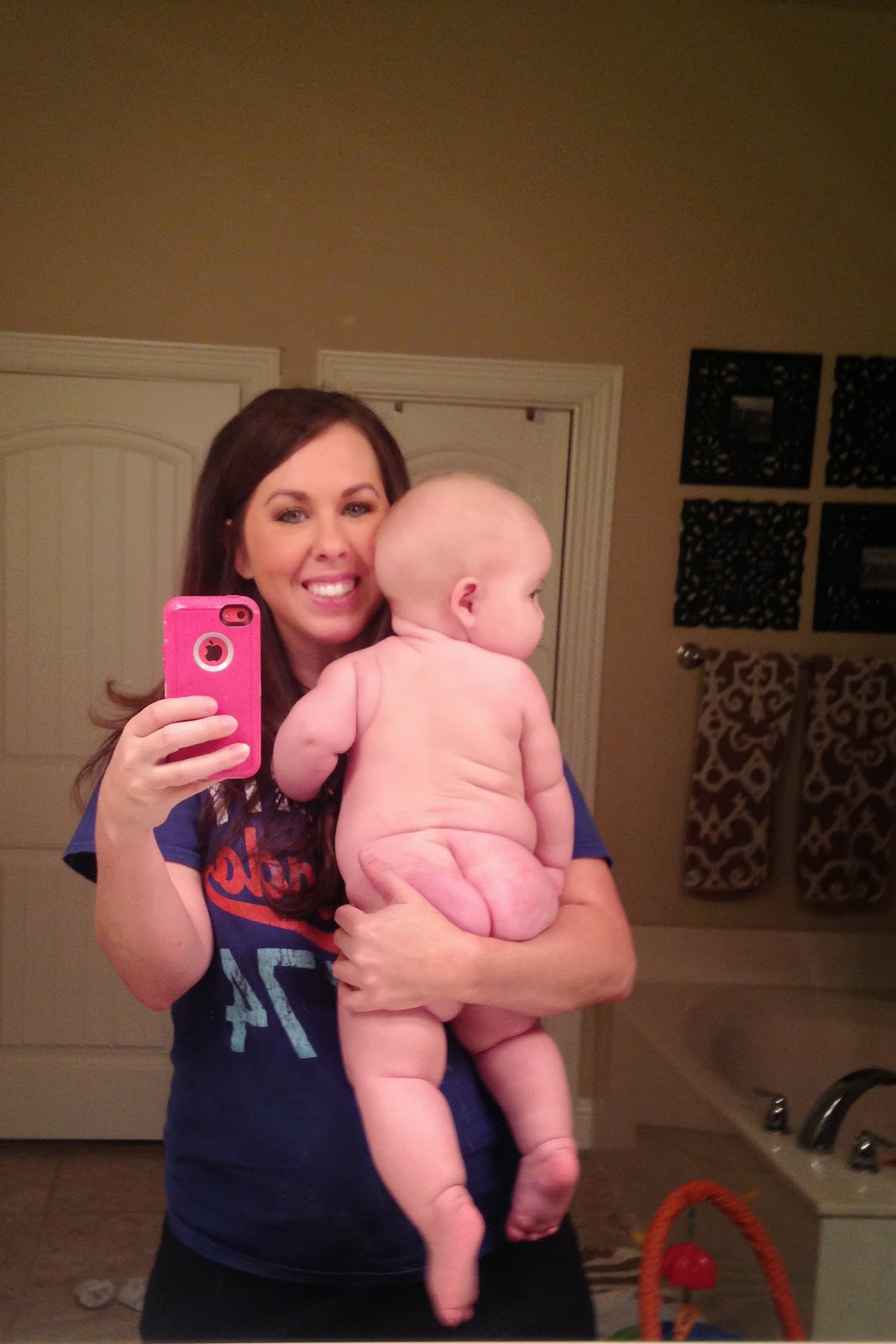 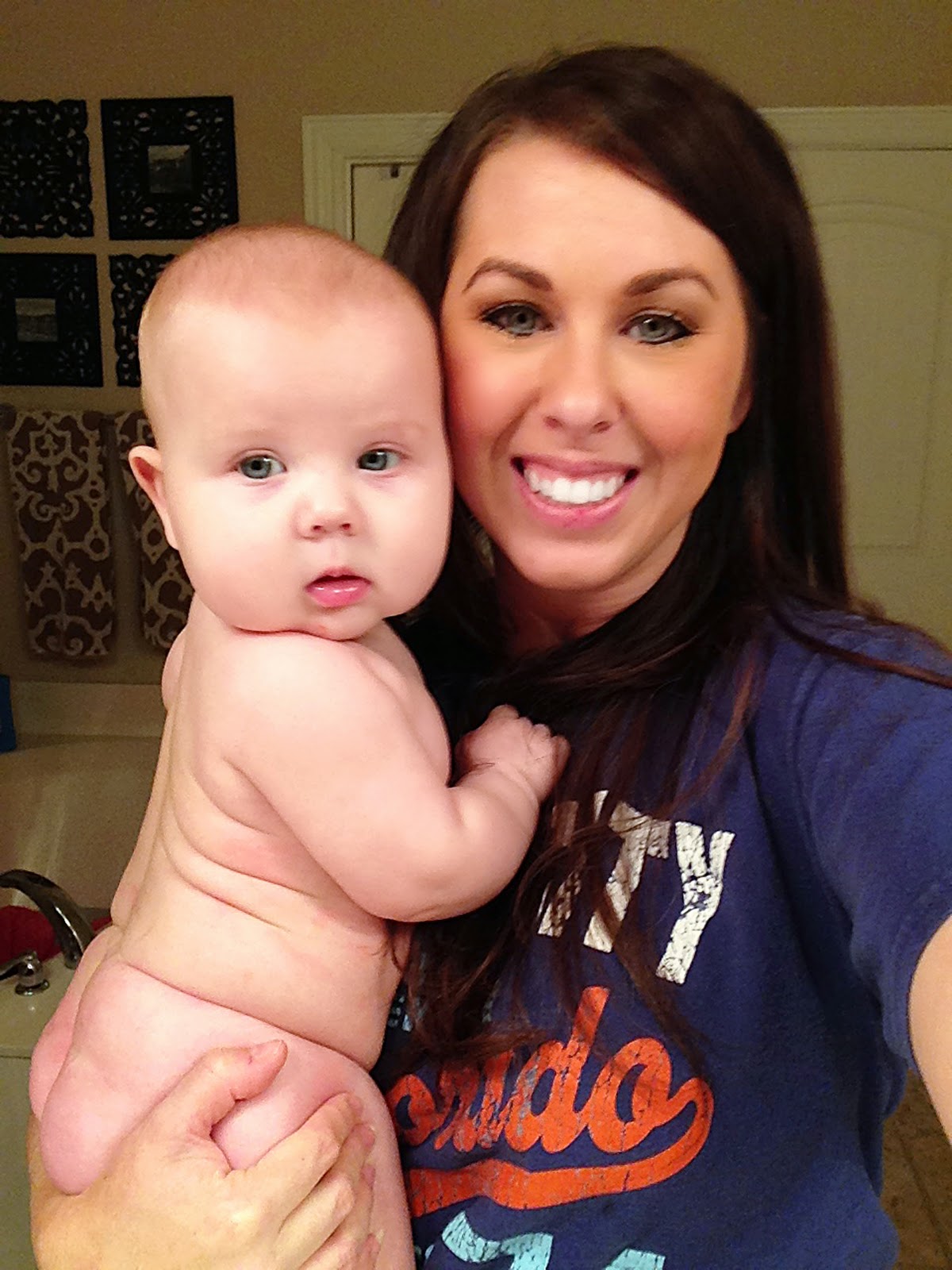 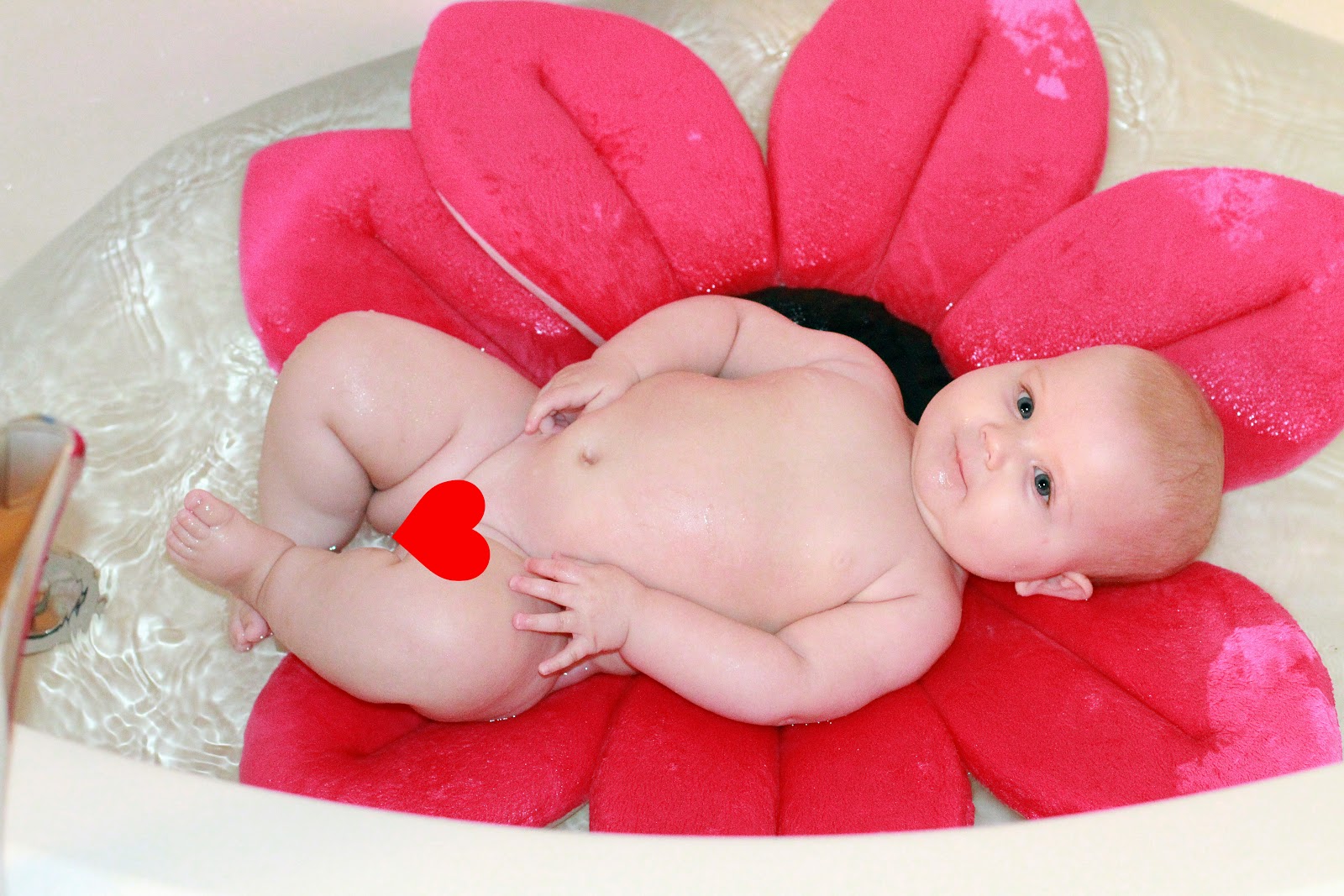 Shortly after your turned six months you started rolling from your tummy to your back. Noe you are a rolling machine!! You can almost sit up unassisted for a while, but still topple over sometimes!

You are just such a sweet blessing to us.

Posted by The Calhoun Clique at 4:00 PM 2 comments: Links to this post

Lydia, you are 5 months old!! You are the cuddliest, sweetest baby! I really wish I could just freeze time and keep you this age forever!

Eating: You are still exclusively breastfed. You eat when you want and when you can. Between all of school drop offs and other activities that is just the way it is. Sorry third child! Obviously you are getting enough though! Which leads to...

Sleep: You go to bed when I do and are still sleeping in our room. You wake up at 7:30 when we have to leave to take Ella to school. You are ready for a nap after you have been awake about 2-3 hours and take another 2 naps throughout the day. 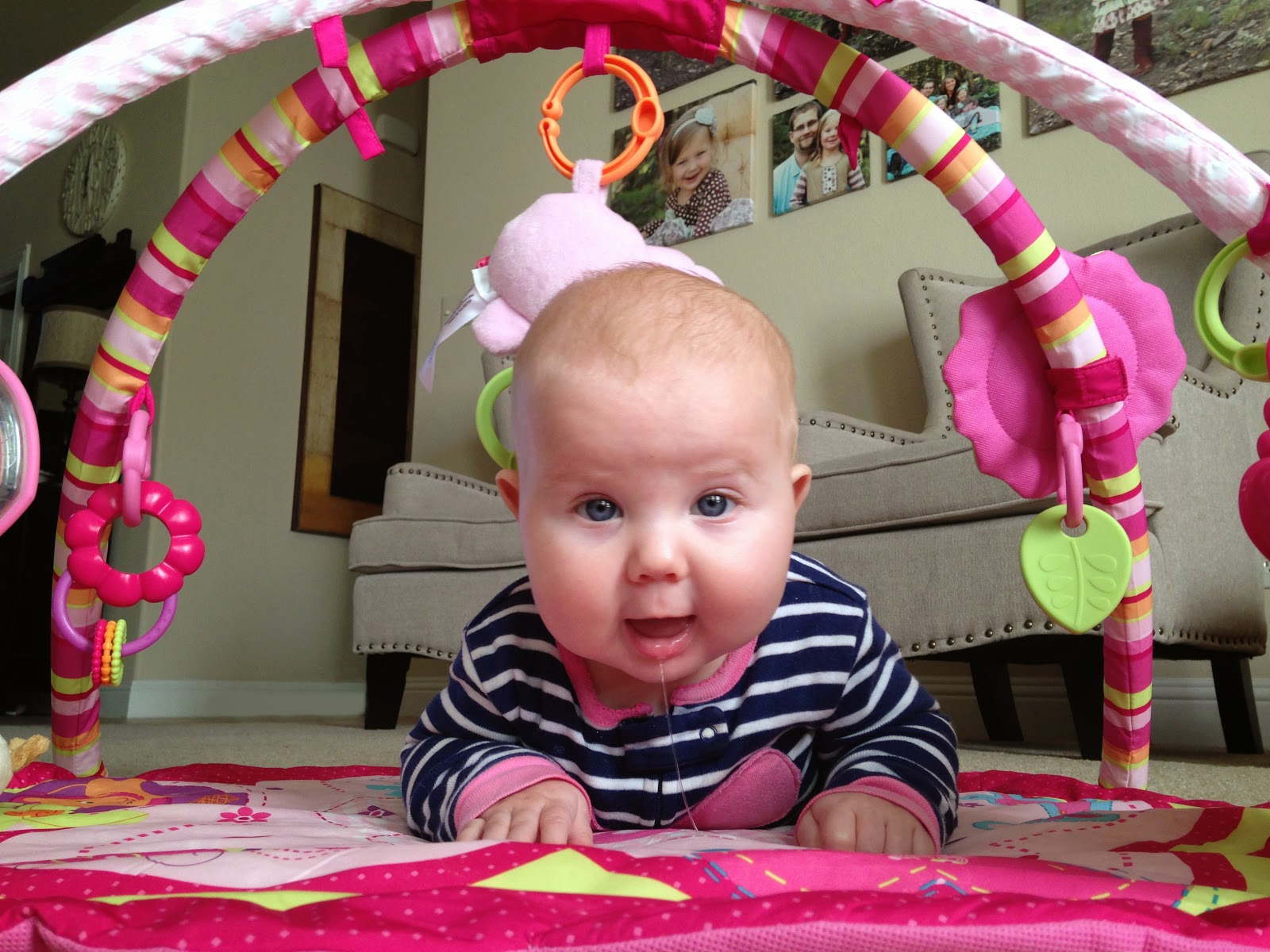 You drool constantly, see. But alas no teeth yet. 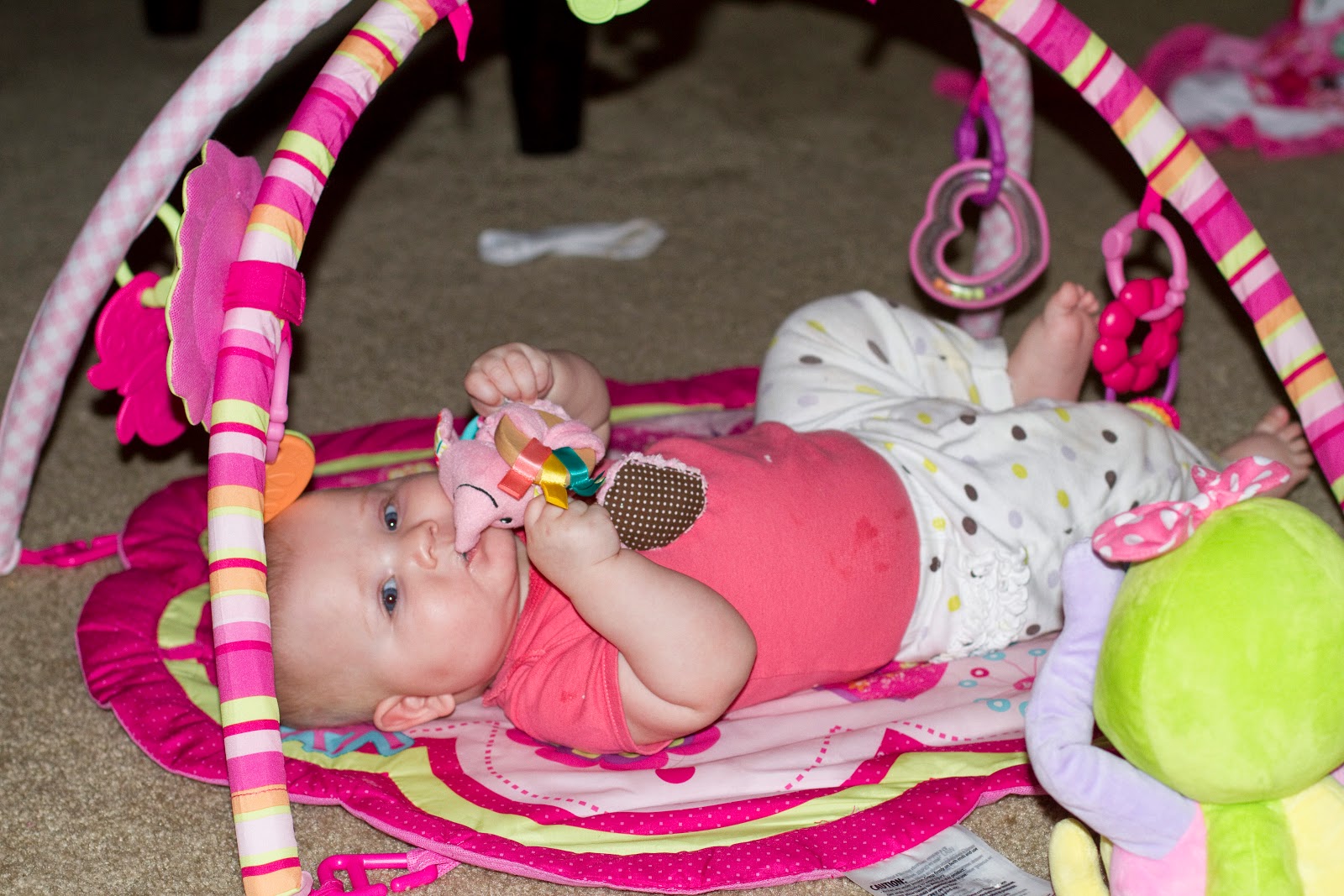 This is your favorite thing to chew on at the moment. Usually it can buy me about 5 minutes! 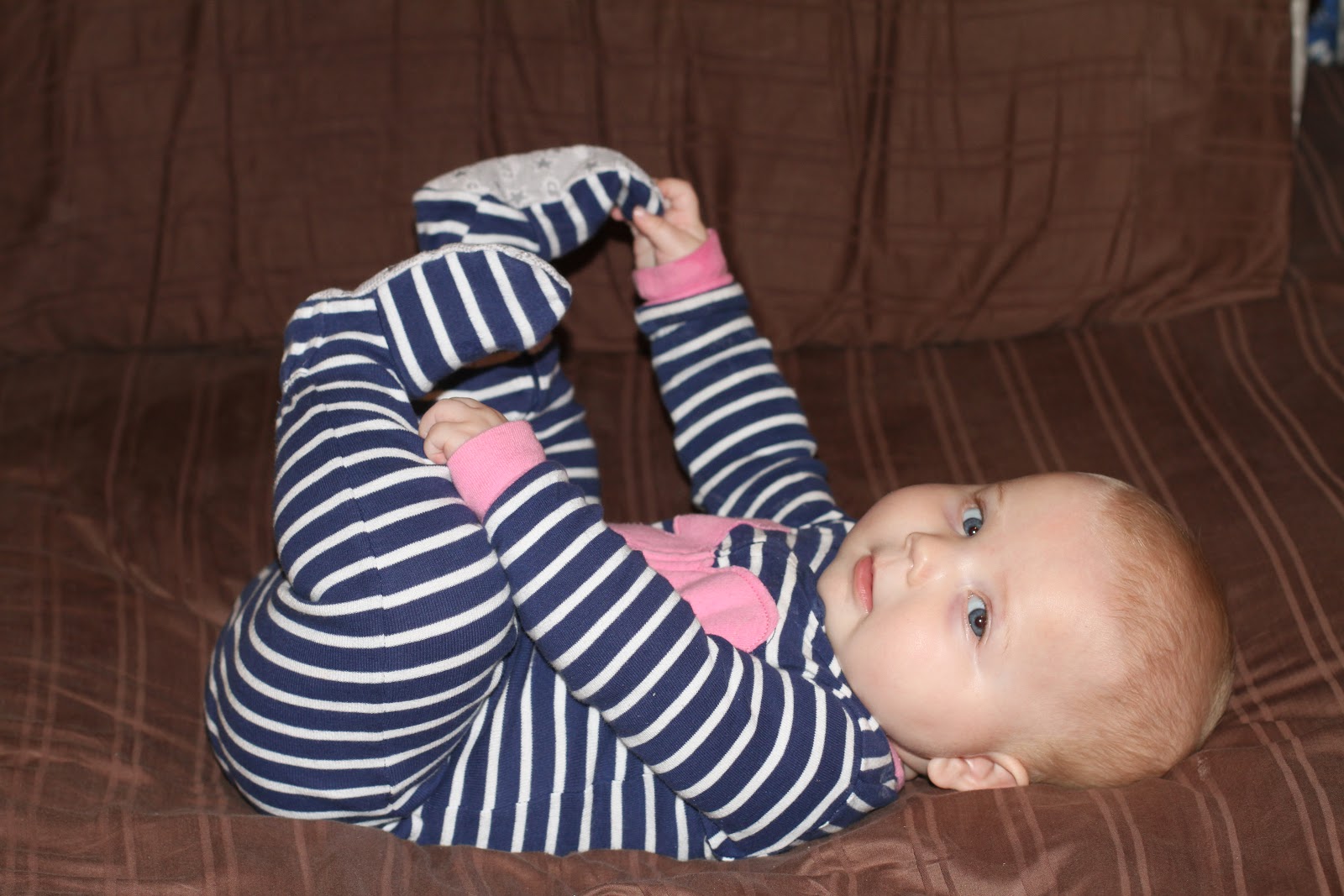 You love to get your feet. It is so fun discovering all these new body parts!! 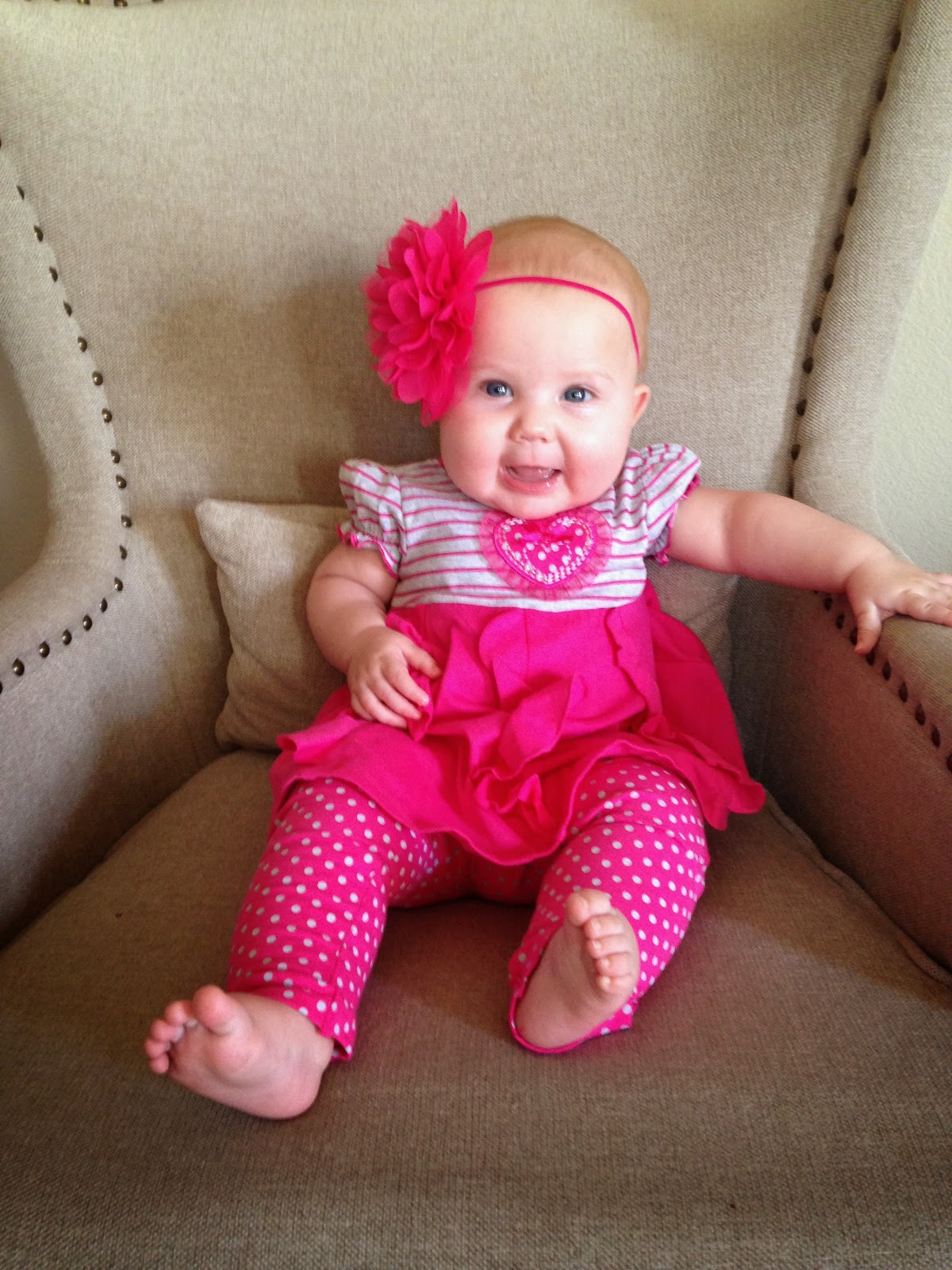 You are a happy baby and will go to just about anyone. You do have to keep an eye on your Momma though! 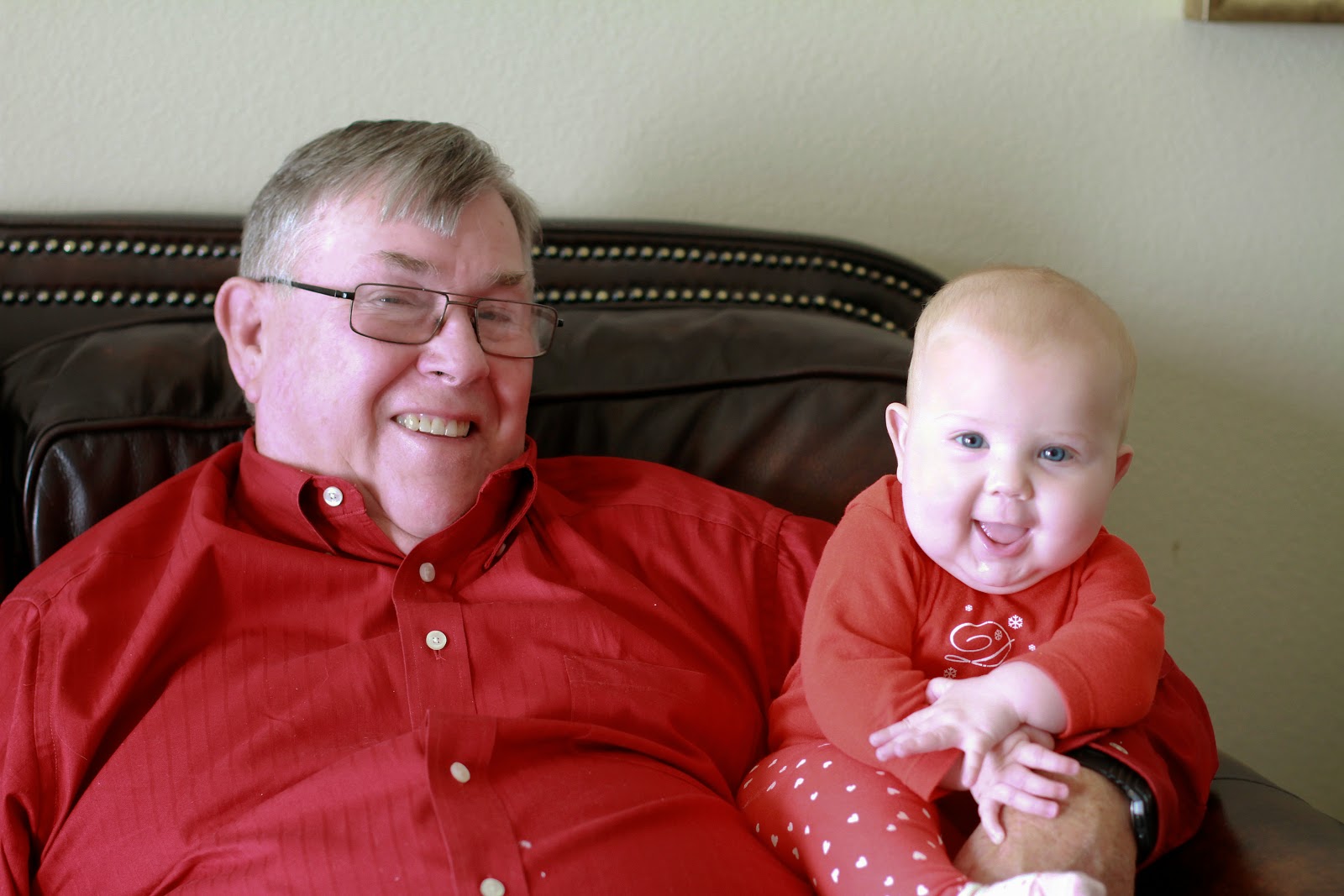 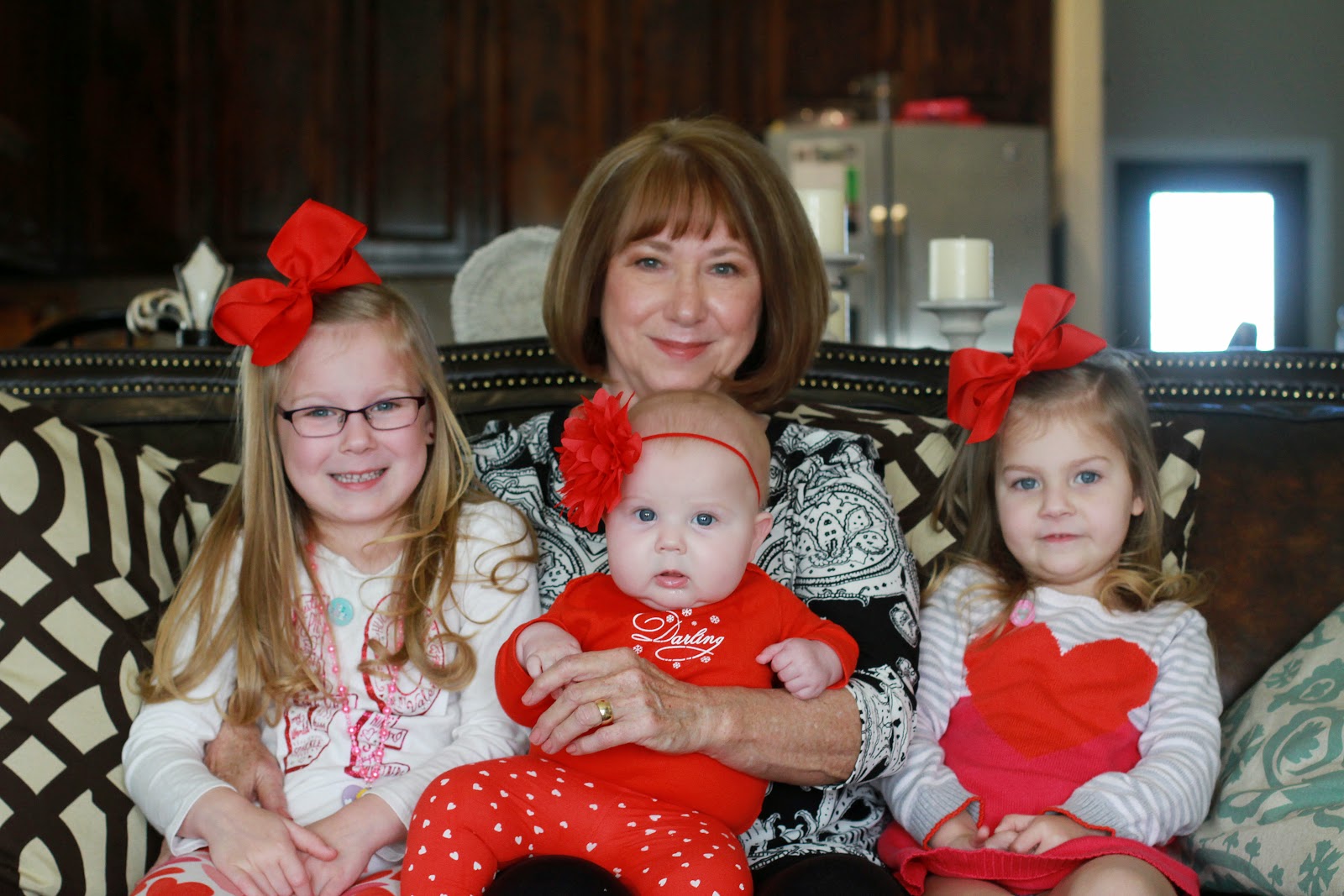 You started rolling over this month! I know, it is a big task getting all that hiney over, but you did it. First you did back to tummy, then a couple of days later it was tummy to back.

Posted by The Calhoun Clique at 2:59 PM No comments: Links to this post

So the other day after our friends left our house Layla came downstairs and told me she wanted her ears pierced. She has never asked before and I thought it was kinda strange. Well then she told me Katie, her friend who had been over, had hers pierced and Ella too, so she wanted to. I said no, texted my Mom, who said No, then captured this.

Two days later Ella had an appointment to get her hair cut. They also do ear piercing here, but Layla hadn't even mentioned it. So, after Ella is done Layla says "I get my ears pierced now." Oh man I thought she forgot!!! So I try and bribe her with a snow cone, cookies, toys, you name it, I tried it!

Then, she went over and SAT IN THE CHAIR!! She picked out earrings while I am telling her it is going to hurt, you will cry, don't do it, lets leave! She says "I get my ears pierced!". 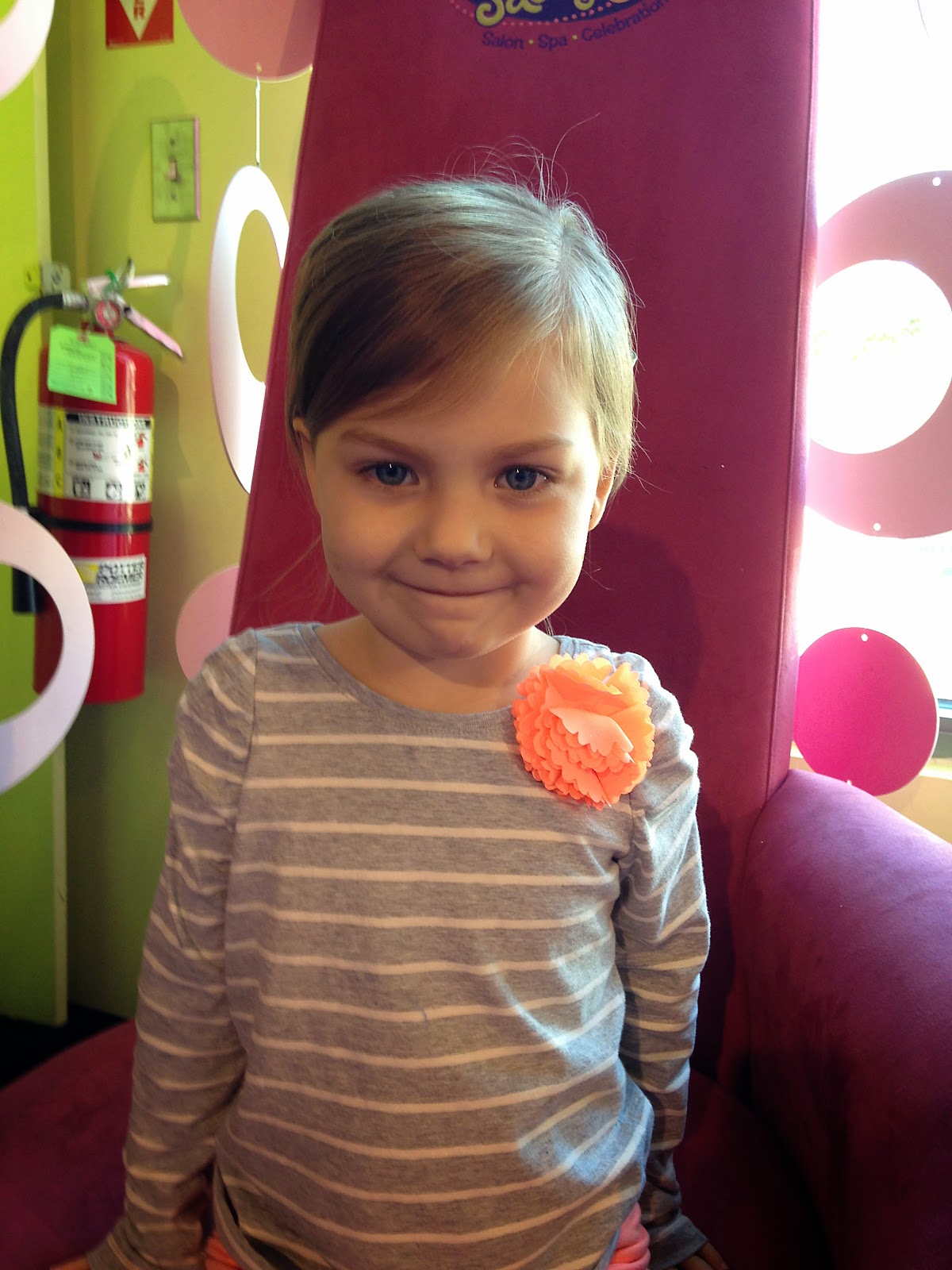 And so she did! 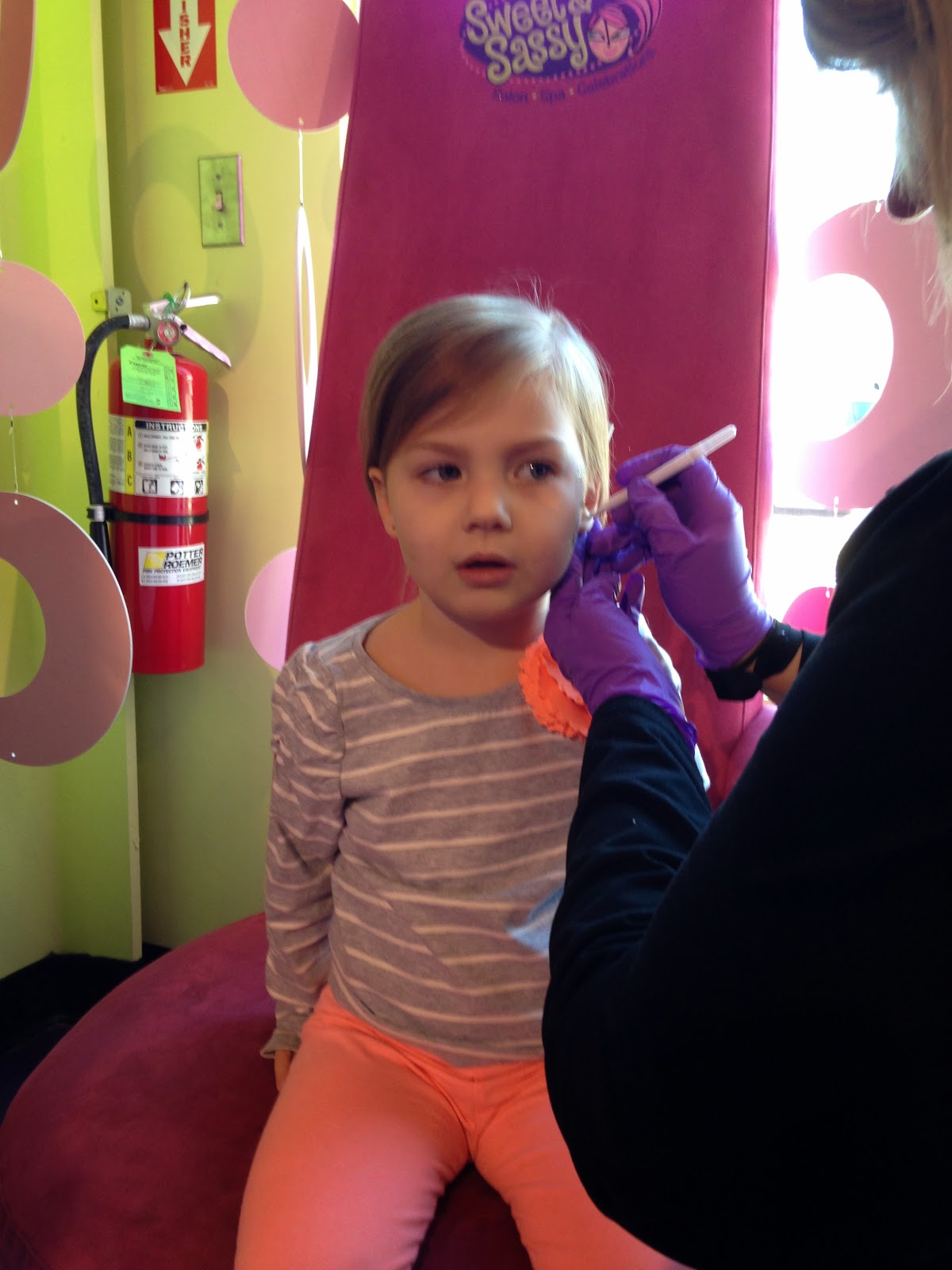 She sat as still as could be, I didn't even have to say anything. 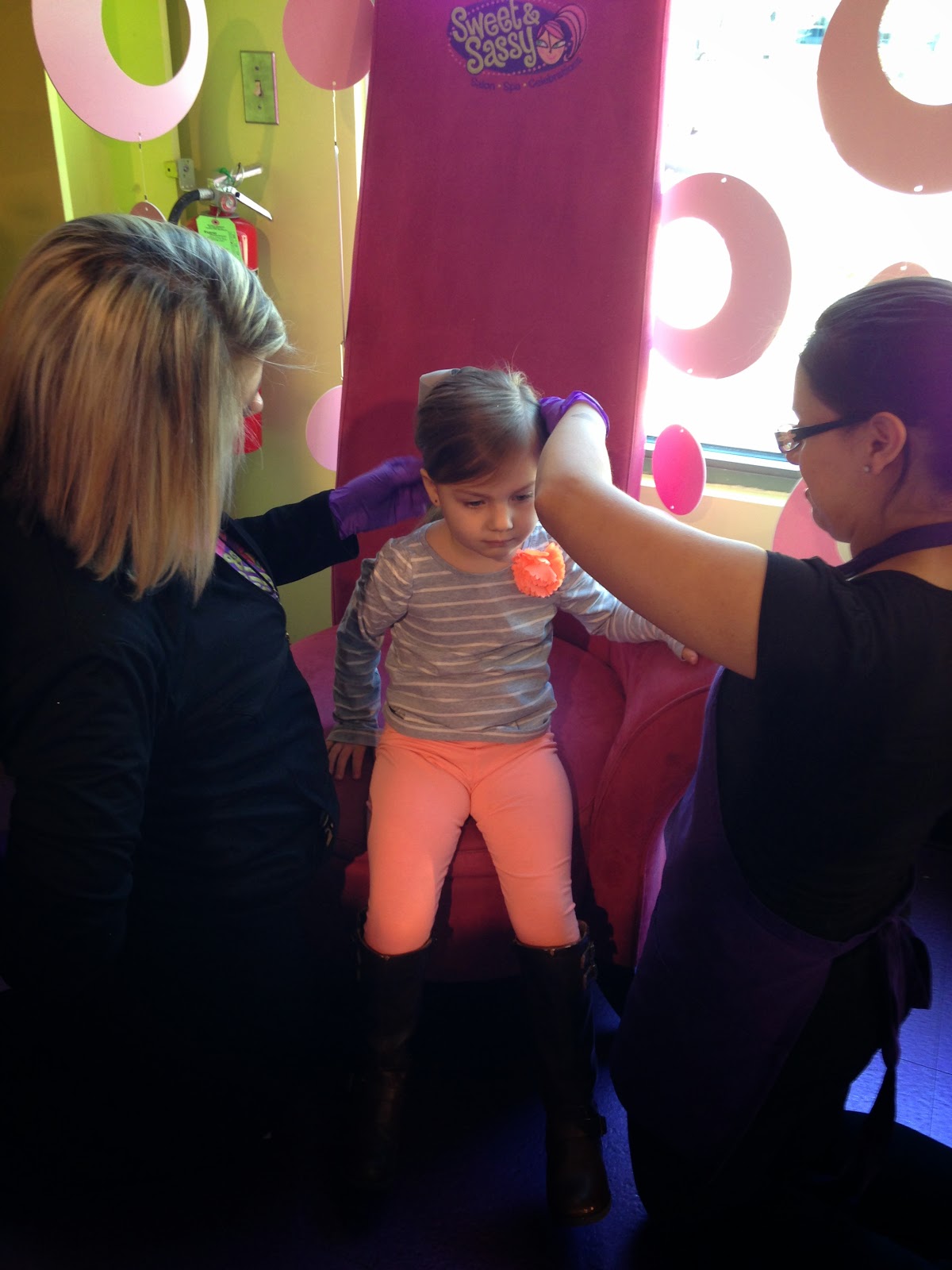 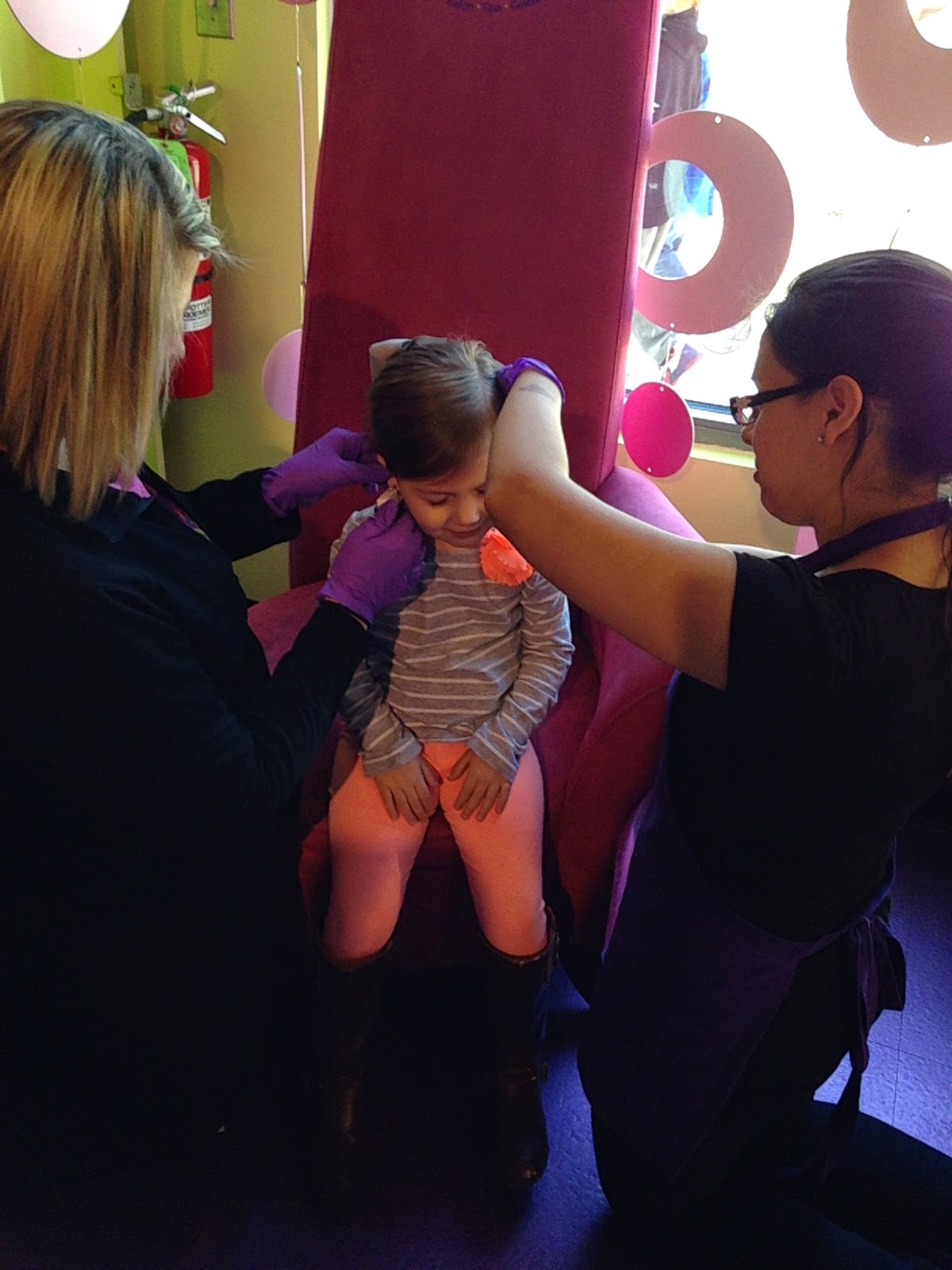 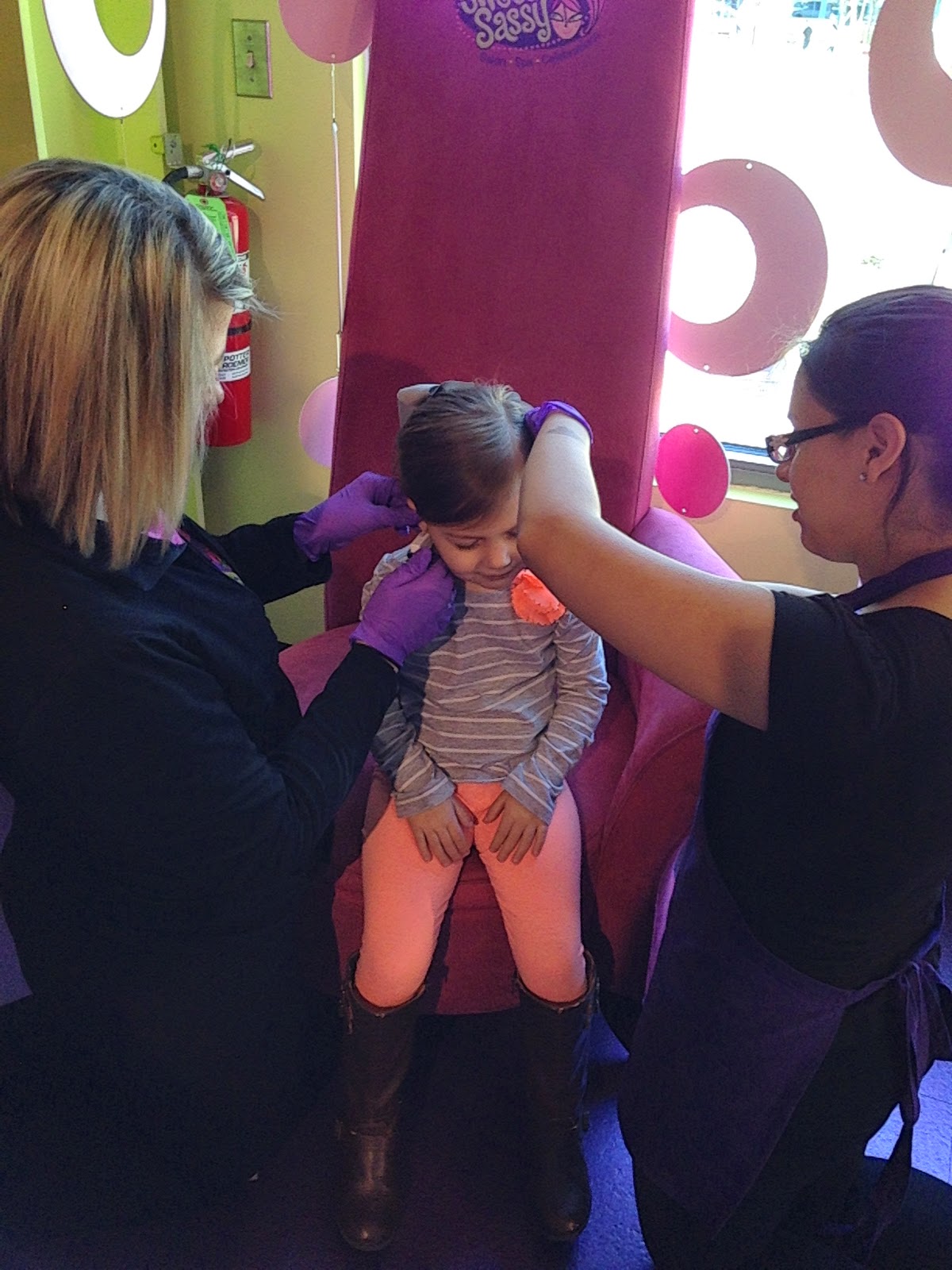 As soon as she was done she stood up, showed them to me and said she was a princess!! 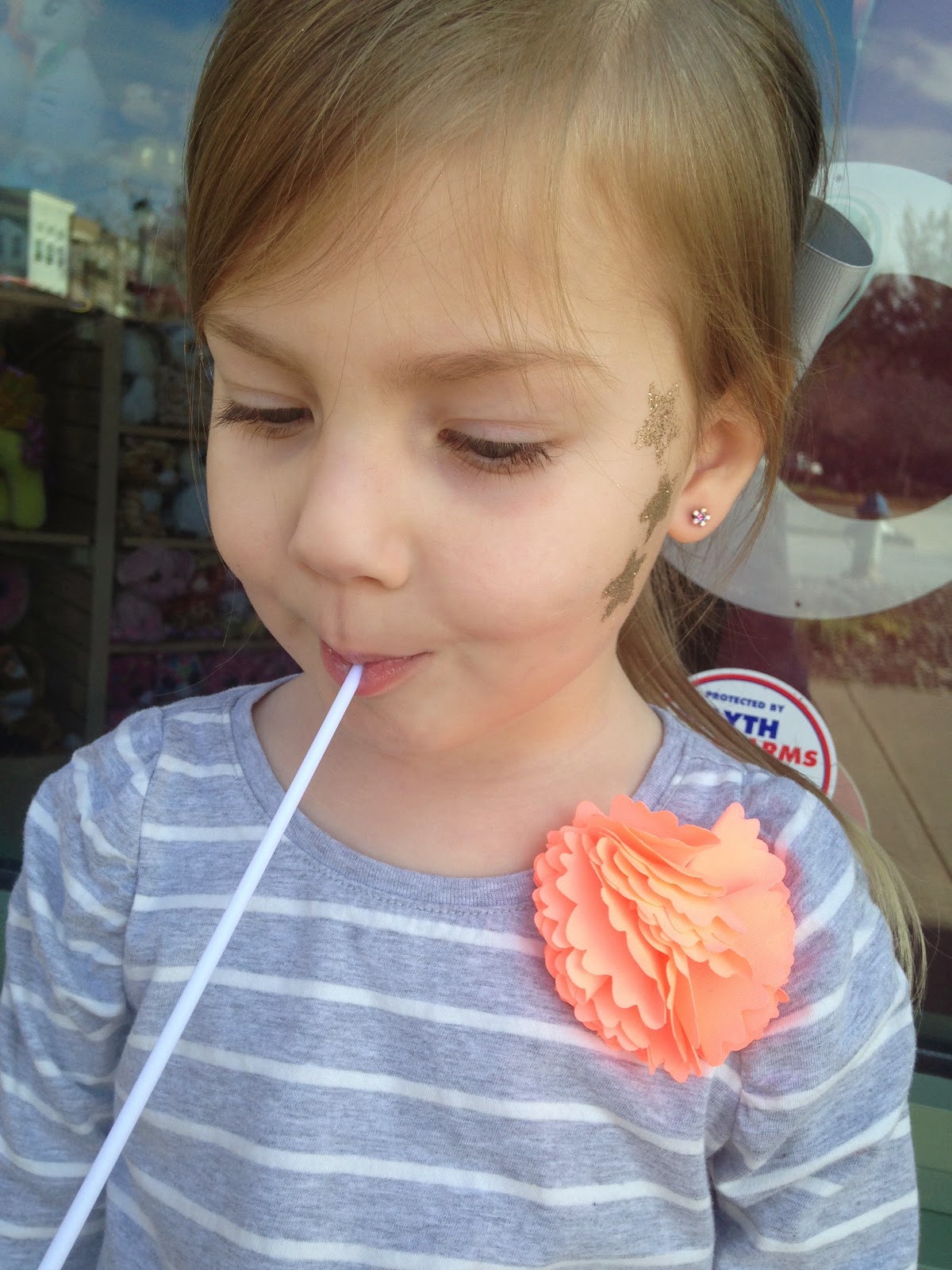 And she got a lollipop! 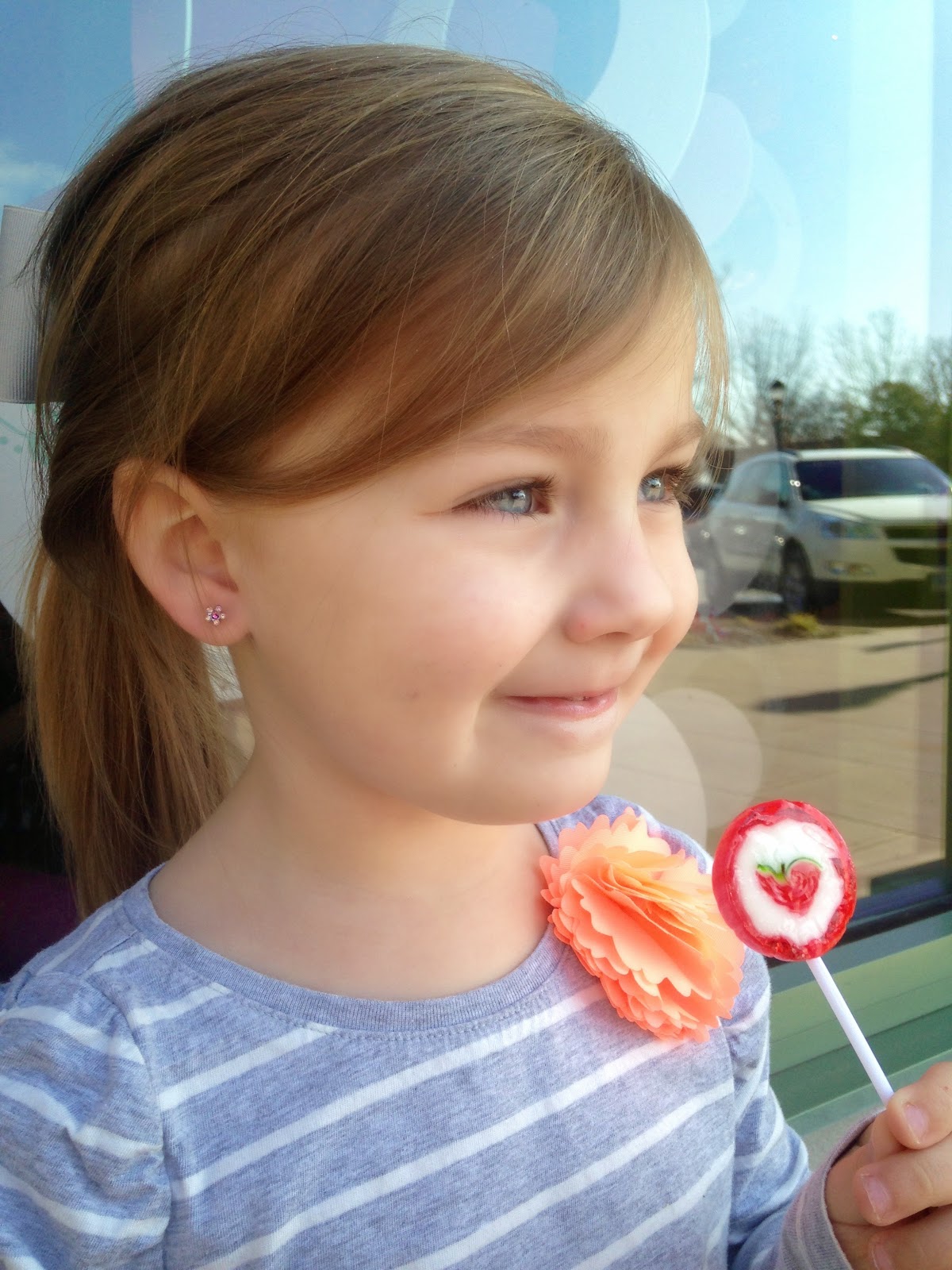 This girl never ceases to amaze me. I didn't want her to get them pierced because I thought she would mess with them and they would get infected, or that she would flinch when they were doing it and end up with a hole who knows where! She is fiercely independent, yet adorably cuddly, stubborn as all get out, but a world class charmer! And now she has her ears pierced!!
Posted by The Calhoun Clique at 12:01 PM 5 comments: Links to this post