When Trey and I went to the Gaylord for our anniversary we did a little shopping. Of course we had to get something for Ella, especially since this was our first night away from her. We went into a little store and Trey pointed out the cowboy boots and he quickly regretted it! I spent the next twenty minutes debating on red or pink and finally went with the red. I was so excited about them I almost wanted to go ahead and go home!!

When we did get home the next day we showed these to her and she loved them. She has worn them around the house several times all day long. So, I decided to take her out and do a little photo shoot of her. Well, I had taken two little boys pictures that morning, so by the time I picked her up it was already 12 and HOT. I decided to do it anyways though, even as she was rubbing her eyes in the back seat signaling nap time.

It was a little too sunny and way too hot, so I may need to do a re-shoot, but oh well, I think they are precious. 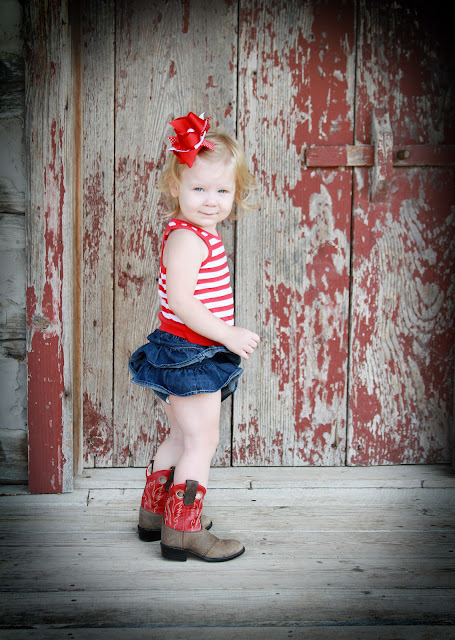 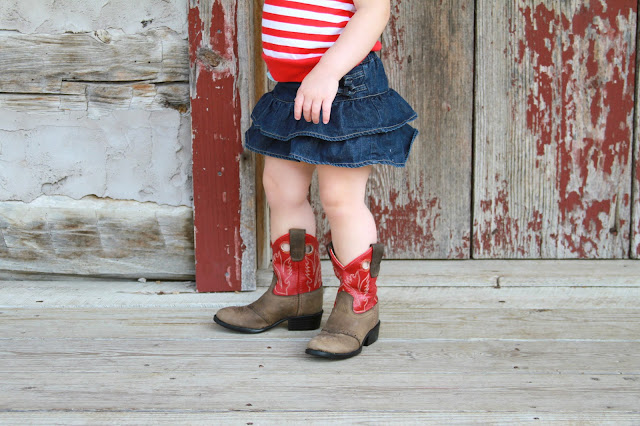 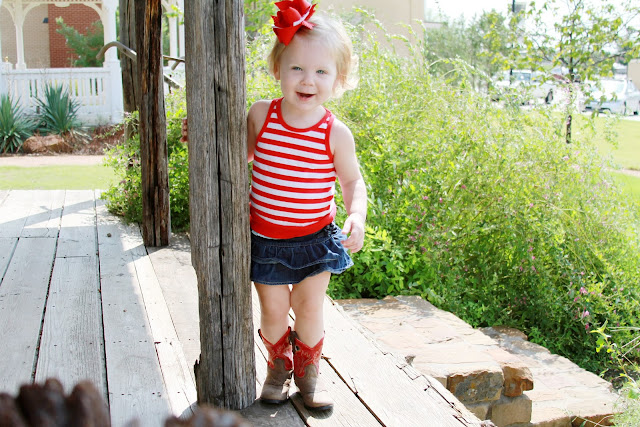 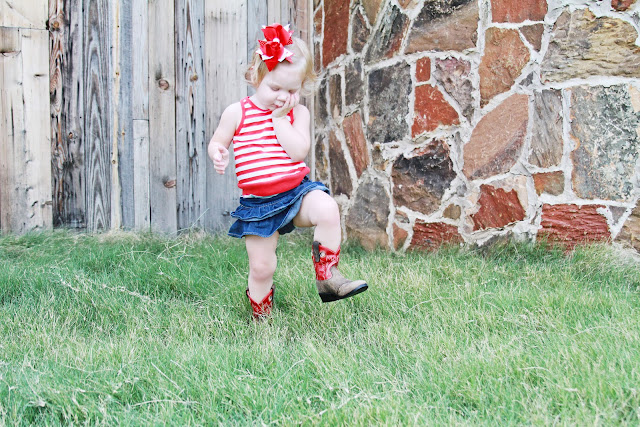 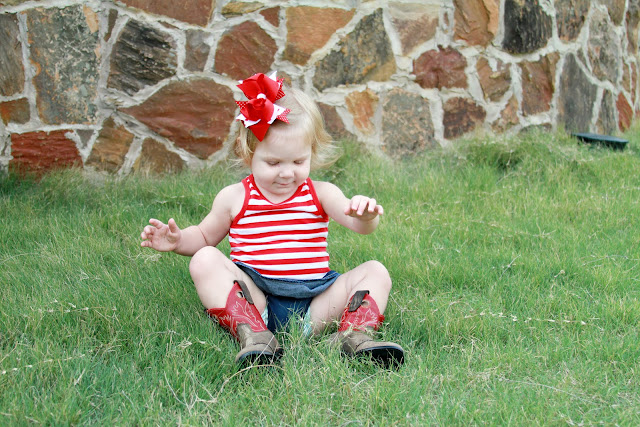 When shooting an almost two year old (especially your own) it helps to have another adult there as the attention getter. Notice how the grass is more interesting than me!

We did a little outfit change about 15 minutes into it. We were there only about 25 minutes. It was just too hot. I took these at the beginning of September. 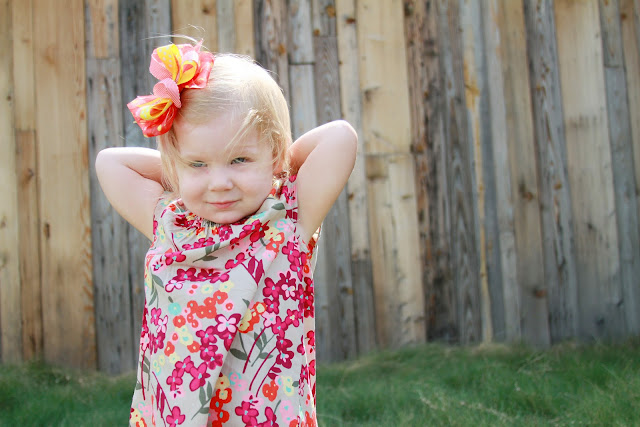 Such a sweet face! 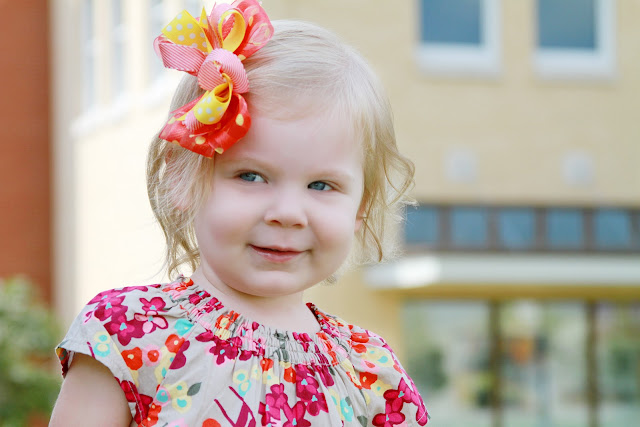 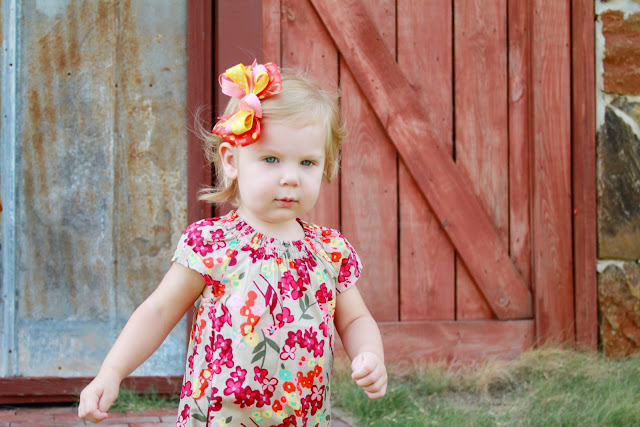 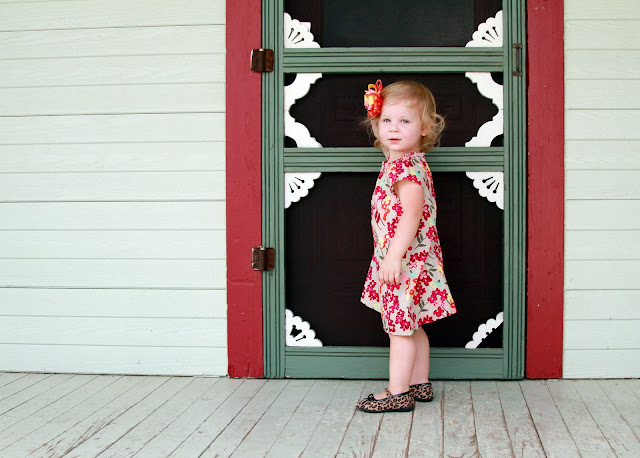 I have been really bad about taking pictures of her lately. Probably because I have been taking pictures of other people so in my free time I just play with her. I need to get better about that. She is growing up so fast and I don't want to miss any of it!﻿
Posted by The Calhoun Clique at 4:32 PM