I woke up this morning and I heard something rustling in the living room. Trey was supposed to be at work, so I was a little freaked out that someone could be in my living room. I slowly opened the door and there was Trey standing in the middle of the room. I was very shocked that he was still home...then I looked outside and saw all of the snow! It was snowing big huge snowflakes and was just so pretty. Us Texans are used to about 1/2" of snow and we consider that a storm, so imagine what we think when we get 9".

We got Ella all bundled up and took her out in it. Isn't her hat cute? That is what Summer got her for her birthday! I love it! Ella didn't care too much about the now. What she doesn't realize is that she probably won't see this again for like 5 years or so. 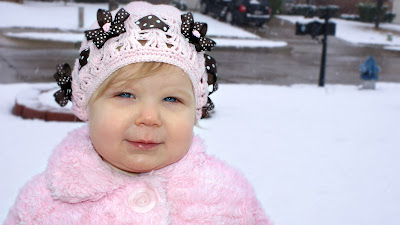 Trey of course decided to build a snowman. It really was a sad little man, so after he was done I went and tried to revive him a little. We also made some snow ice cream. Trey had never had it before, but I remember my Mom making it for us those few times it snowed when I was little. 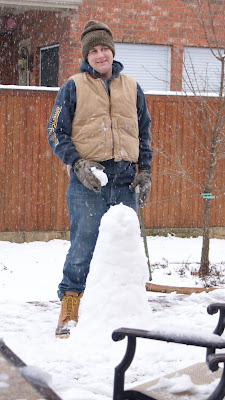 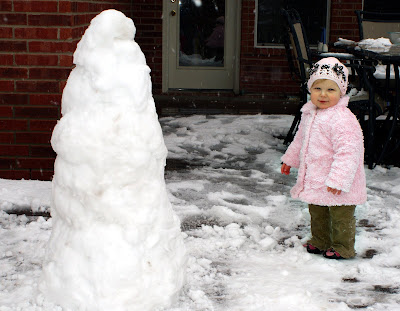 She also tried picking up the snow, then would realize it was cold and wet and would put it down immediately. 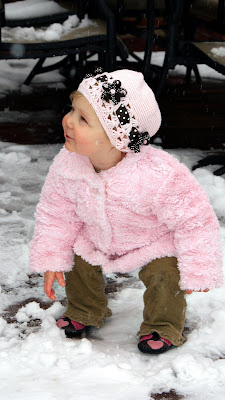 This was at about 2:00 in the afternoon. It started at like 5 a.m. and is supposed to continue until after midnight. I guess Trey will be staying home again tomorrow because the roads are supposed to be really bad. 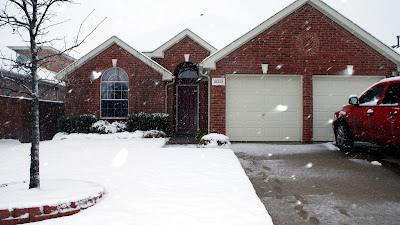 Posted by The Calhoun Clique at 11:07 PM