Thankful For My Parents

These are my parents. Yes, they look like your average set of parents & grandparents, but they are not. They are both way beyond average. I would say a lot closer to amazing. And for them I am so thankful.

I am thankful that when I was 16 and wild and crazy that they did not kill me. Yes, it is nice to still be alive.

I am thankful that when I told them where I wanted to go to college they said okay, and when I finally realized that was a stupid mistake, they came and helped me move to Texas Tech.

I am thankful that when I got into a wreck for the fourth or fifth time, they would still say, as long as you are okay that is all that matters. The car can be fixed! 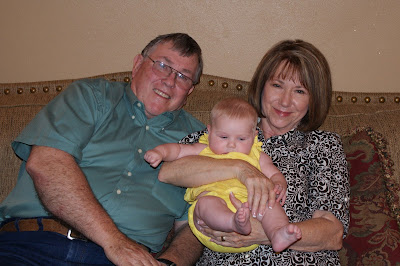 I am thankful because they have been such amazing role models for me as to what parents should do and the role of a mother and father. 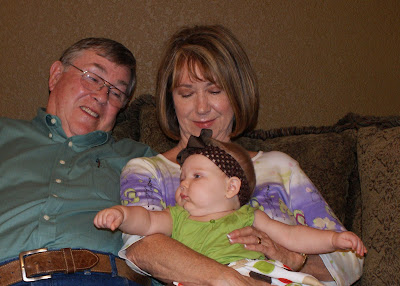 From my Dad I learned to be strong, affectionate, business savy, and a good b.s.er. Whenever something bad happened, or something unexpected comes up you can count on my Dad to say one of two things. 1) God is in Control 2) God doesn't make mistakes. What a great response to have. But he doesn't just say it, he means it. 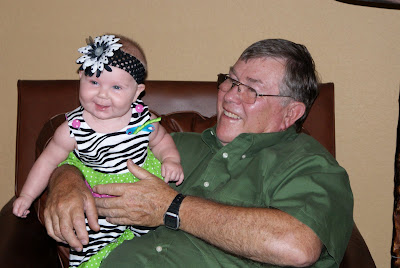 From my mom I learned to be a strong woman who can do things for herself. I learned how to have fun, to be sarcastic, to be open and approachable. My mom is real. 100% genuine. Bold and honest. I also learned how to be a mom from watching her. She was an active stay at home mom who would play with us. Not sit on the couch and watch TV or spend all day on the internet and expect us to entertain ourselves. She played with us. She read us books and engaged us.
Just by having her as a Mom I learned how to be a Mom. 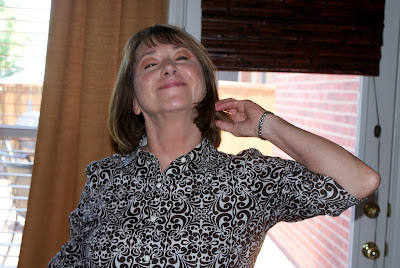 I am so thankful that God chose me to be their daughter.
Posted by The Calhoun Clique at 10:36 PM

God is the blessed controller of all things!!
Norman Jones