Our internet has been down and I have been going crazy! So get ready for a picture overload in the next couple of days. That is one of my favorite things about blogs, so I don't think yall will mind!

This last weekend Trey, Ella and I headed to Austin for Trey's little brother, Zachary's, wedding. We left Thursday and that night we went tout to eat with Trey's family at the Hula Hut. Jack, Ella's Grandad, and Ella had a grand time playing during dinner. It was past her nap time and she had been in a car traveling all day and just didn't want to sit still. He kept her entertained though and we all had a great time. Ella was loving on her daddy when we were in the hotel. He just loved it!! 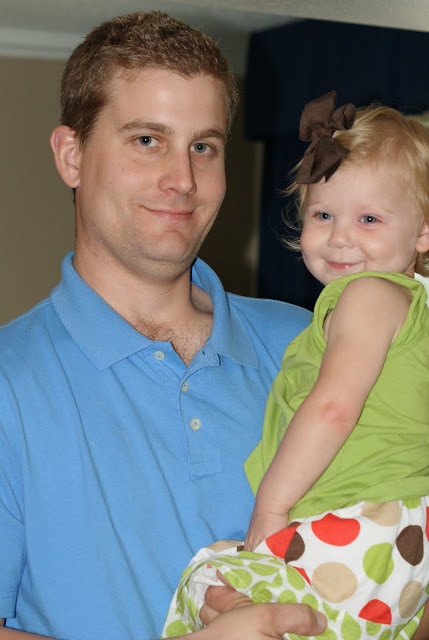 Here's Ella's Grandad with his two favorite girls. Raelyn is Ella's almost 5 month old cousin. He was in hog Heaven with these two around all weekend. 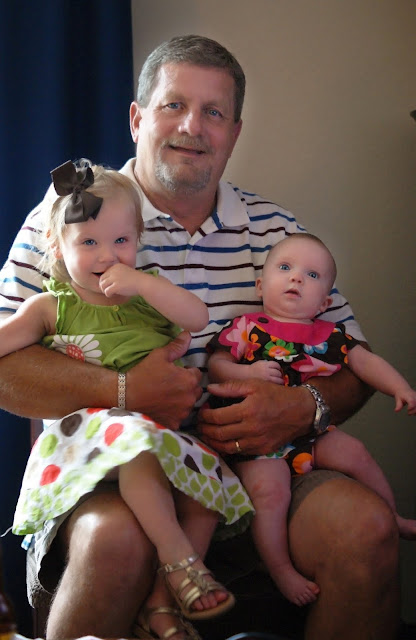 Friday morning we went to a bridal luncheon at La Madeline's. Ella had a grand time taking all of the sugar packets out of the glass containers and putting them back, and then throwing them on the floor for Lindsey and I to pick up. 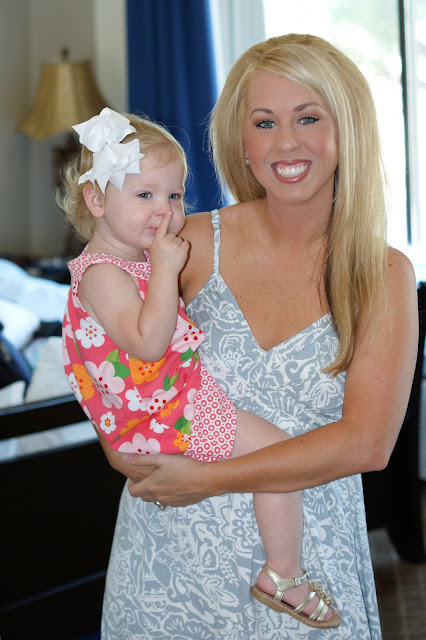 Family pic in our hotel room. You know I was all about taking pictures this weekend. I knew Robin (Trey's Mom) would want pics, but would be too busy with all the wedding stuff to worry about taking them. I tried to fill in for her in that area. 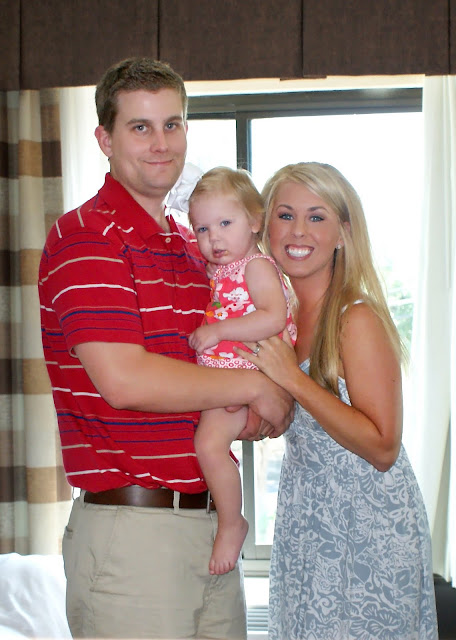 The bride, Mary Kate, is in the middle. Lindsey is on the left, she is married to Trey's older brother, Shane. 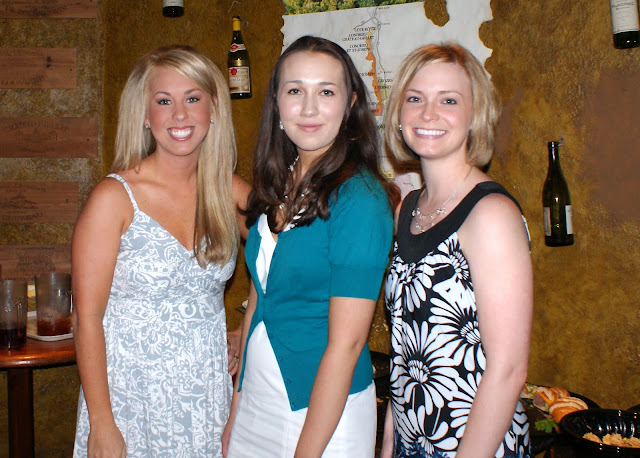 Ella and her Gigi (Great Grandmother). Her Gigi took out a little glasses case that looked like a small purse and Ella put all of the sugar packets she could in it. I am telling you, I still am finding sugar packets in her carseat and in my car!! 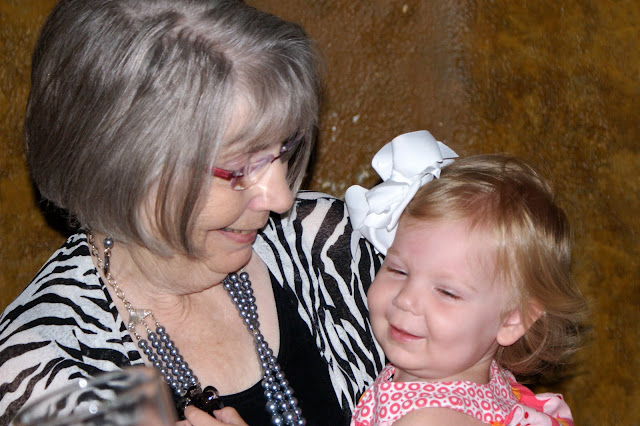 That night we had the rehearsal dinner at the County Line on Lake Travis and it had such a pretty patio with swan and turtles. It was soooo humid, but very pretty. Ella and her cousin wore matching outfits. They looked adorable!! So, of course Lindsay and I both wore yellow to match our girls and Shane and Trey both wore yellow Polos and Robin was wearing Yellow, so we were the yellow family. 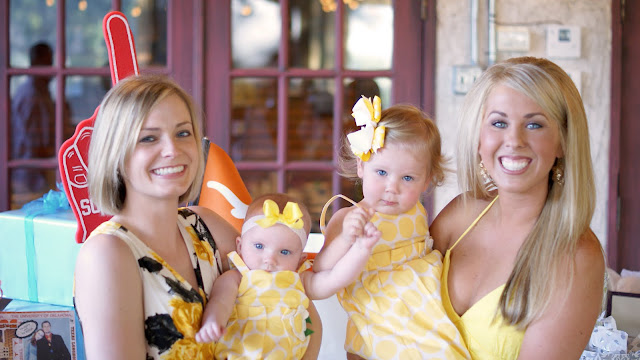 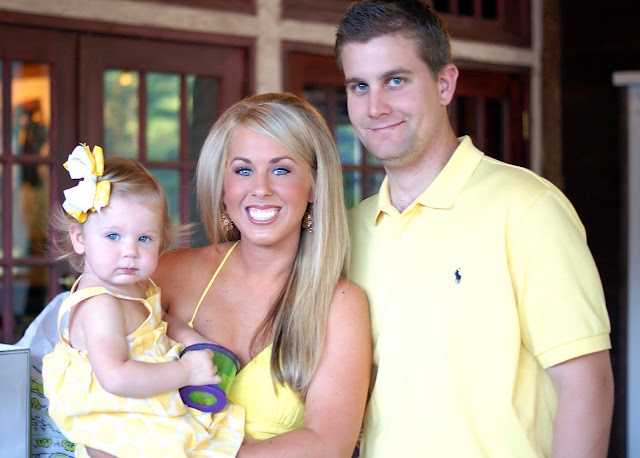 The only one not wearing yellow was Jack. 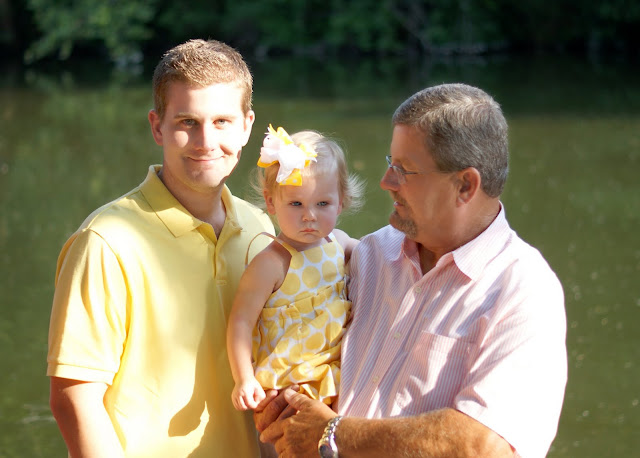 Ella was a little over taking pictures at this time, can you tell. 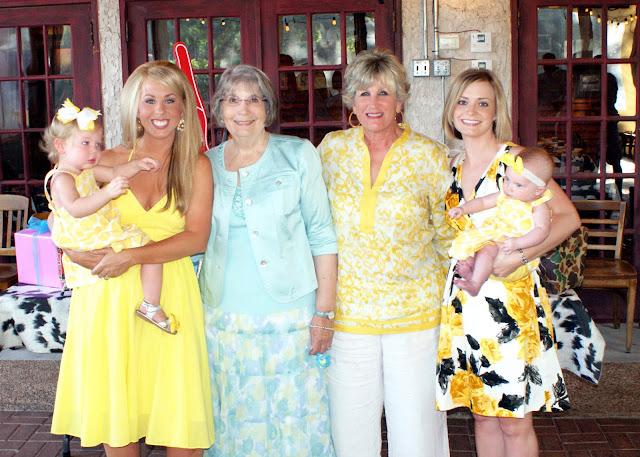 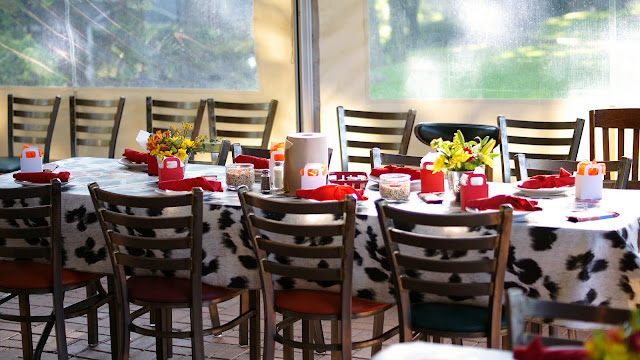 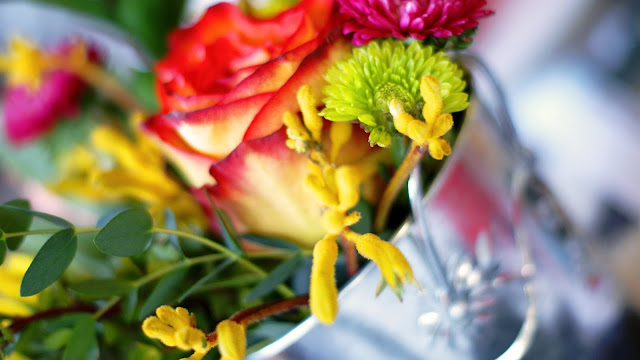 The bride and groom. So sweet! 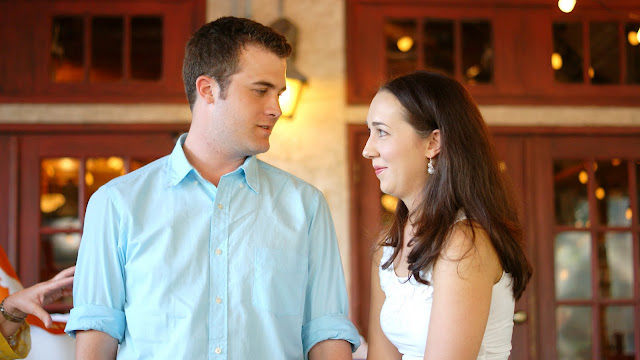 I got the cutest picture of Robin with her three boys. Zachary has been living in Kentucky the last couple of years, we live in Dallas and Shane lives right outside of Wichita so it isn't often that everyone gets together, so I really wanted to get a picture with all the brothers. 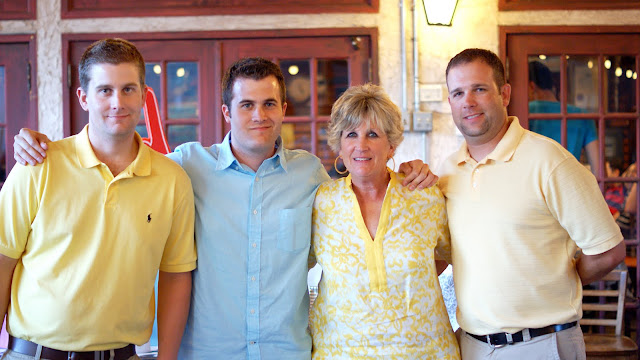 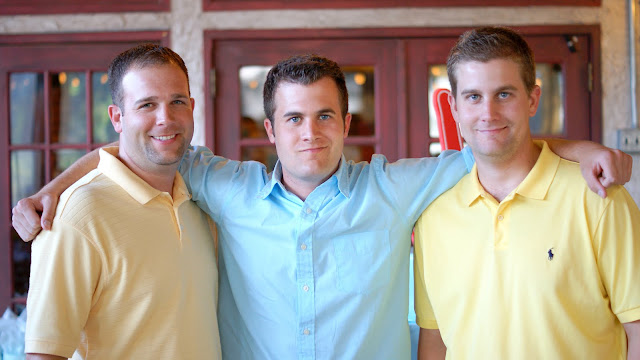 Family Photo towards the end of the night...not a good idea. 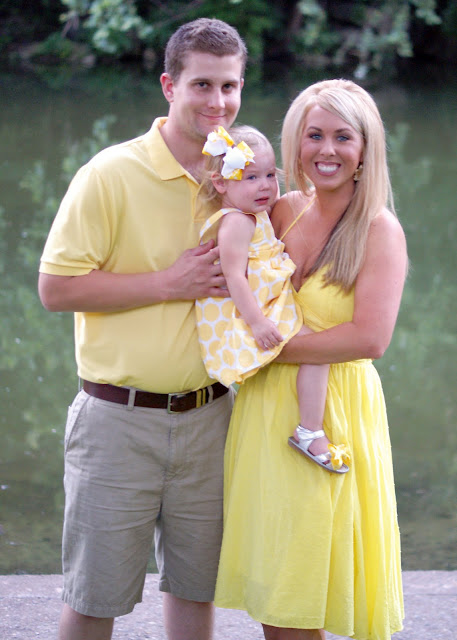 Ella would rather do this!! Haha! 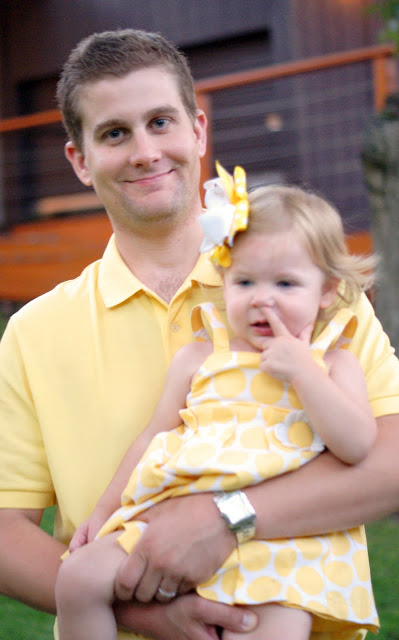 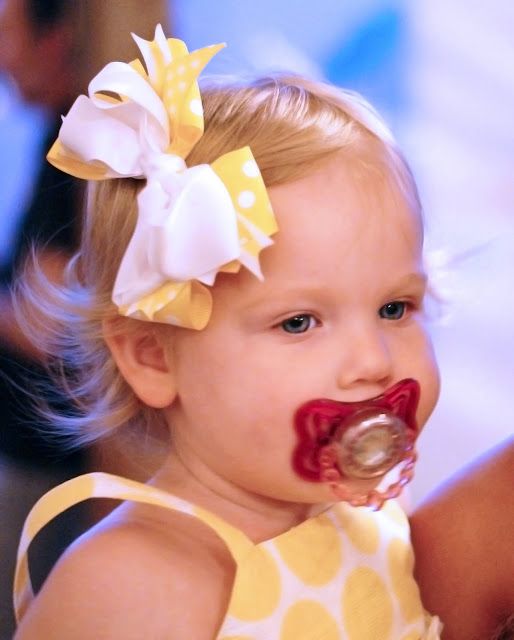 And the she was sacked out. 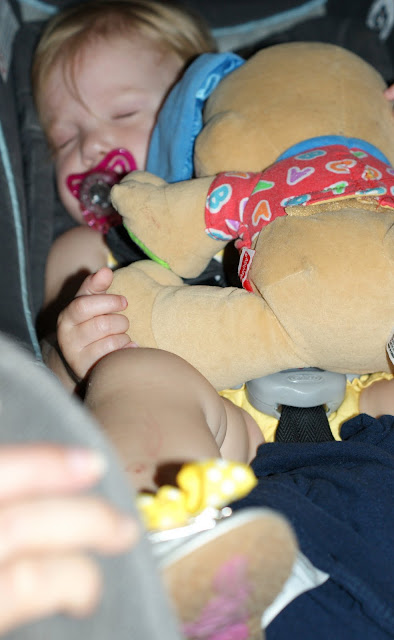 The rehearsal dinner was so much fun and good food. Ella had a great time running around and kept her Grandad on his toes!!

Stay tuned for wedding pictures in the next few days.
Posted by The Calhoun Clique at 6:45 PM