Another Attempt at Pumpkin Pics

Saturday was such a beautiful day, so after Ella woke up from her nap we went to a nursery here in town to take her pictures with the pumpkins. They have a cute little maze set up and tons of pumpkins. You will remember from the last post that Ella was not in the mood to be photographed with the pumpkins and I blamed it on sleepiness. Well, guess what folks... 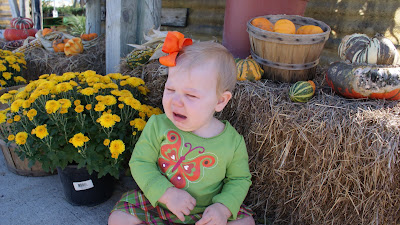 She cried as soon as I set her down! 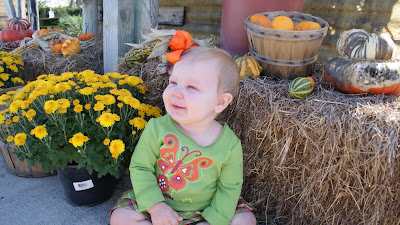 This time her Daddy was with us though so I could take the pictures while he entertained her. He managed to get a smile out of her, but unfortunately that didn't last long. 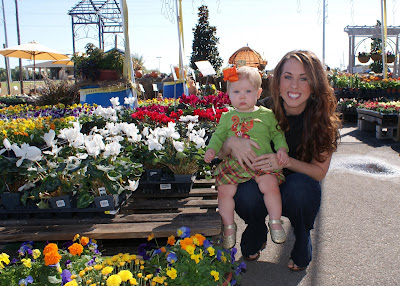 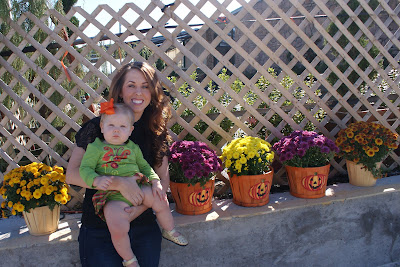 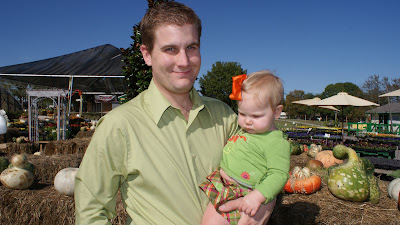 Or Trey held her. I just don't know what it yes. Yes, I hold her, a lot, but I also play with her and let her stand up. So, I have come to the conclusion that she is either afraid of pumpkins or hay, because there is always hay around too.

Although, the pumpkins did bring out one good thing. Ella has been standing on her own unsupported for about a week now, but when I stood her next to the pumpkin she took TWO STEPS!!!!! I guess she was trying to high-tail it out of there! 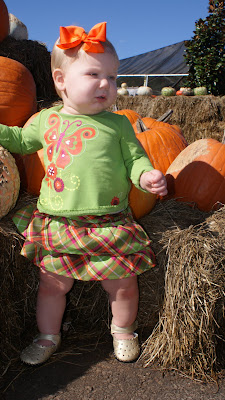 Then my Dad told me she was upset because I stood her next to the ugly pumpkin! 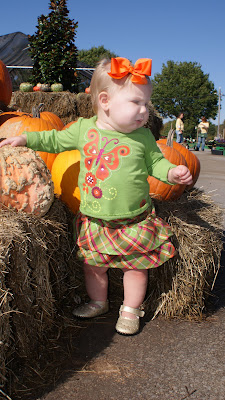 So, this is probably the best picture I got out of it. But, to me they are all gorgeous because she is in them. 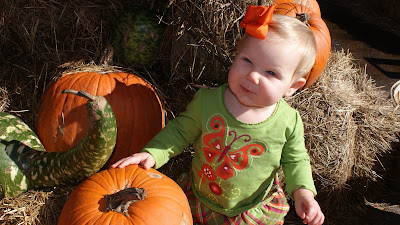 Afterwards, we went shopping, walked around a carnival seeing if there were any baby things she could do, nope. Only creepy carnival workers trying to scam us out of money to win some $3 stuffed animal that they were willing to give to us for like $15. So, we left and we out to eat. I think there is another pumpkin patch out here that I am going to take her too and see what she does. Just one more excuse for me to take pictures of her and post them on here!
Posted by The Calhoun Clique at 6:26 PM