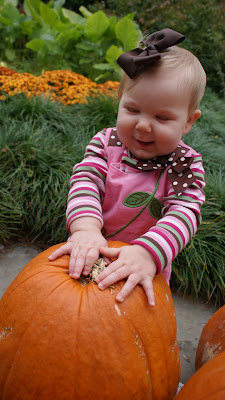 This last Wednesday my Sister and Sister In Law loaded up our kids and took them to the Dallas Arboretum to take pictures with the pumpkins before they were all gone. The Arboretum is a BEAUTIFUL place. We saw two brides having their pictures made. There are just acres upon acres of beautiful flowers, trees, architectural structures, ponds, water features and just beauty.
The idea was to get pictures of the three kids together. Now, please keep in mind that the children we were trying to photograph together are 3 years old, 9 months old, and eight weeks old. We tried to color coordinate them, put them in cute clothes, have them well rested, brushed their hair...but the biggest part we always seem to forget when deciding to undertake such an endeavor is that...we are not miracle workers.
Yes, for the first twenty minutes it looked like the clouds had parted, the sun was shining and God had blessed the day with two lovely children in glorious moods and ready to be photographer. I give you the evidence of this in the following pictures.
Ella is just as happy as can be. I am pretty sure this is because Caleb, her cousin, is around. Ella is just crazy about Caleb and loves to watch him play and she just gives him so many smiles and giggles and showers him with babbling and motor-boating. 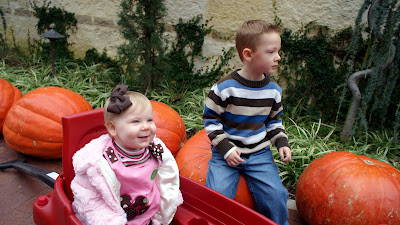 Can't you see the love? She is just infatuated with him. 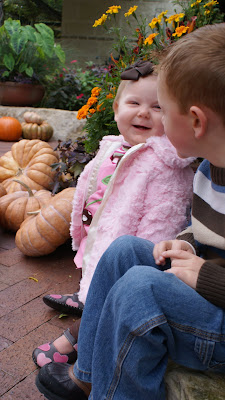 And Caleb loves his baby Ella too. No, we did not ask Caleb to kiss Ella. He just did it! He also introduced Ella as his sister when my Sister went to the restroom. 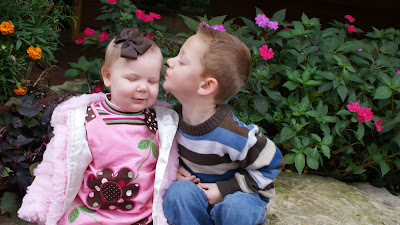 Unfortunately, you will notice that Caleb is no longer in the following pictures. His twenty minutes was up and he wasn't having any more of it. The bad part was, Jennie and Hunter were not at the Arboretum during this time, so by the time they arrived, Caleb was no longer being photographed and the grand plan of having them all together in one beautifully staged portrait was out the window.
Ella, being the ever so used to having a camera shoved in her face girl that she is, was more than willing to strike a pose with whoever wanted to be in the photo with her. And Hunter was there to step in. Unfortunately Ella, also being a 9 month old, doesn't understand the word, or even the action of being gentle. So, one of us did have to remain just out of the lenses reach and be ready to jump in to save Hunter from being pounced upon. 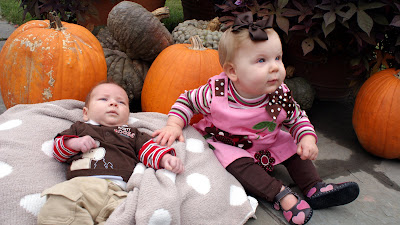 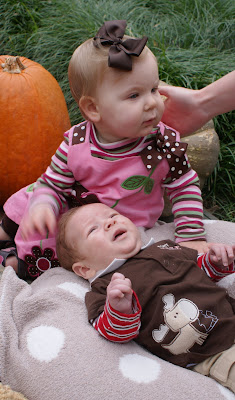 And of course I had to take some solo pictures of my girl. And guess what, this time she wasn't afraid of the pumpkins! She smiled, she posed, she stood, and I captured it all. Yes, I really did because I took over 200 pictures. =) 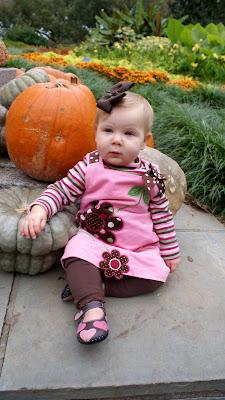 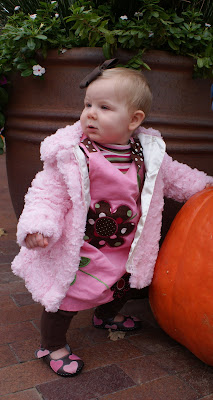 This gate was so beautiful. And of course I had to have a few pictures taken with my baby girl. 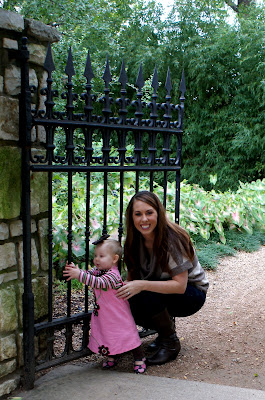 And I had to photograph her on these steps. Almost one year ago Trey and I posed on these steps for my maternity photos. Wow! What a difference a year makes. 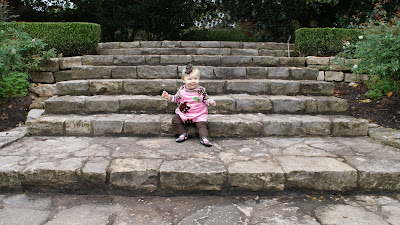 And one of my favorite photos of Trey and I was taken on this bench almost a year ago as well. The only thing that would have made these last two pictures even better is if Trey had been there with us to be beside us. We will be taking another trip with him soon so we can do just that. 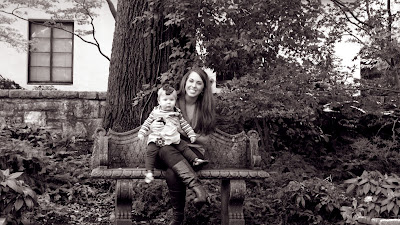 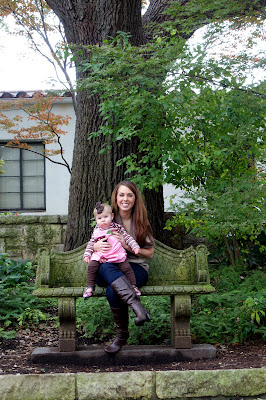 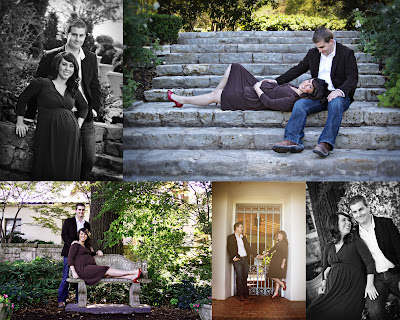 Posted by The Calhoun Clique at 11:13 PM

So cute! Lucky girl, I wish someone would buy me a furry pink princess coat!