How I Met My Husband

This week on Kellly's Korner: Show Us Your Life we are all sharing our wonderful stories of how we met our husbands. Let me start this story by telling you I always thought I would go to college, meet the man of my dreams, and be married by the time I was 21, or at least graduate then shortly after get married. Well, that didn't happen. I was an interior design major with a minor in architecture, so I was surrounded by guys in the architecture building. I just knew that was where I was going to meet him. I attended church regularly and thought for sure I would meet him there. Well, that didn't happen either. I graduated, moved to Dallas and worked at a high end residential design firm. I went to the "right" places and knew the "right" people, but it wasn't happening. I was a member of one of the largest Baptist churches, Prestonwood Baptist, in Dallas with a HUGE singles ministry. Everyone was looking for Jesus and a husband! =)
One weekend I was in my home town, Wichita Falls, and I had given up on guys. I went out that night with two of my best friends to a bar. Yep, a bar. That is where I met my now husband. Let me first tell you, he approached me and we talked. I asked him who he was with and just so happened he was with guys I had known almost my entire life. Guys I knew, liked, and trusted. Turns out I had known his older brother for years, I just never knew he had a little brother. 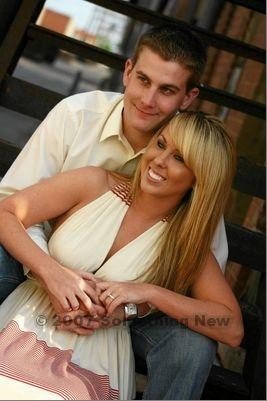 Well, I lived in Dallas and he lived in Wichita, and it was hard but we made it work. It forced us to decide if we were serious or not. And I was not about to drive 2-1/2 hours every other weekend to see him if he wasn't serious. But, after dating him for a month I knew he was the man I was going to marry. We dated for 9 months, engaged for 7 months and have been happily married for two and a half years. And one 15 month old later we are still fabulous! 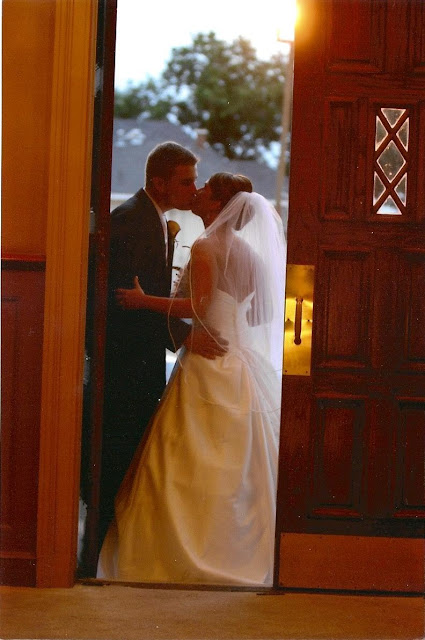 I always remember my Mother saying I did not need to go to places like that and that I was going to meet my husband in church. Well, it looks like God had other plans because I met a nice, Christian man at a bar.
Posted by The Calhoun Clique at 9:34 PM

I am cracking up about the bar stuff!
God does have a plan and it's neat to see how your story unfolded!! Thanks for sharing, you have a beautiful family!

Haha that is too funny! I also met mine at a bar who turned out to be a good Christian man ;) Funny how God has a plan for all of us and it always turns out to unfold better than what we expected! You & your hubby look so happy :)

Hi! I'm visiting from Kelly's blog!! Cute Story!! I'm just about to graduation college and I had the same visions you had, that I would find a man at college- yeah, that didn't happen! And I have definitely told myself that I wouldn't find what I was looking for in a bar downtown, haha good to know there is hope in those places!
Have a good weekend (:
-Jess

Haha!! I always say God certainly does have a sense of humor ;-)
You two are the cutest!!

SO funny!!! What an adorable couple!! Love the story! Cute blog!!!

Visiting from Kelly's Korner - that is such a cute story! It always happens where and when you least expect it, right?! I took a peek around and LOVE your wedding bouquet. I'm a florist so it takes a lot for me to say that...but yours was gorgeous!!!

Love the story. My mom keeps giving my brother grief about looking in bars for the right one. My brother is saved, but not quite walking the straight and narrow. I have told her we need to pray for a girl that will facilitate the relationship between herself/God/my brother because he finds goodie-two-shoes a little boring.