Are You Kidding Me?

Yes, I still watch the Bachelorette, even after several times when I have sworn I will no longer do such a thing...I still get drawn back in and addicted. And EVERY TIME I end up with the same thought...Are you kidding me???
Okay, so Jillian, I liked you. I felt sorry for you when you got dumped. When your season started I had high hopes for you and you had a lot of cute, nice guys to pick from. Then, you fell for Wes. I thought, okay...next episode she will realize what's going on with this creep. But nope, she just kept picking him. 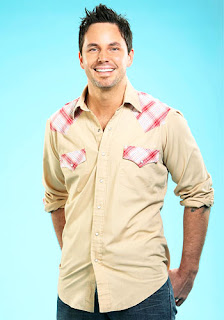 I mean, he wasn't even that cute and definitely was not a good singer. Anyone who buys his record after watching him on the show is as stupid as he is.

So, tonight she made another horrible mistake. She let go of Reed. He is such a cutie and she even said he had everything she was looking for. THEN WHY DID YOU LET HIM GO??? 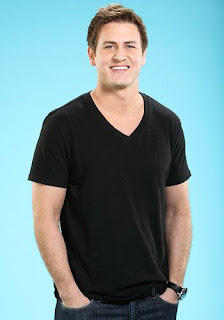 I don't get it. I have never dated someone and been like, well, you are perfect for me and I like you and I think we have great chemistry and you are probably my best friend, but I think I am going to give it a try with this other guy who I am not really even sure likes me. WHAT???

And she ditched Reed for this guy. 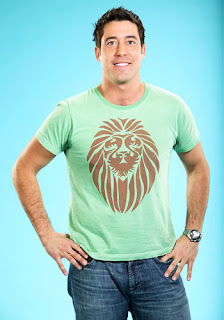 Number 1 - When they went on their date he was wearing the shortest bathing suite I have seen on a guy that knew he was going to be on national television. I mean, have you heard of board shorts, try 'em you will not look so girly.

Number 2 - She just fell shy of announcing to America that you have erectile dysfunction. He should dump her for that. Plus, there goes the whole charade of at least trying to act like a classy girl when you all but announce you tried to sleep with him. Nice! Now we know what you did with the other two guys.

Number 3 - What is he wearing in this picture? Is it a girl's shirt?

When they are looking for the next bachelor/bachelorette is one of the search criteria that you have to be completely without a brain? I don't get it. And can you really meet your soul mate and fall in love in 6 weeks while you are still dating and sleeping with other people? I think not.

Posted by The Calhoun Clique at 10:53 PM